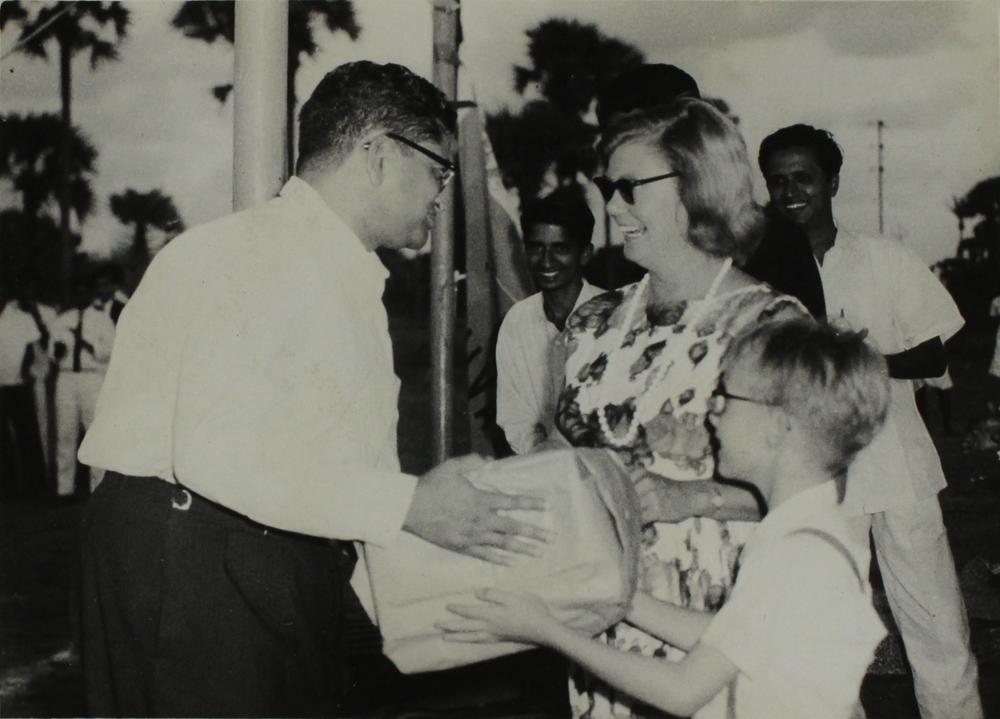 We know from an Annual Number report that Mrs. Fischer distributed prizes after the meet, although we are not sure what prize is being given to Prof. Sampath in this photograph.

The event has been described in the IIT Madras Annual Number of 1963-1964. Lionel Paul, the Sports Secretary states in his report that the event was held on 1 and 2 February, 1964. Paul notes that there were relatively few entries from the city colleges but the event was a success.

Prof. S. Sampath joined IIT Madras as a Professor of Electrical Engineering in 1961. In 1965 he was named Deputy Director, and in 1973 took the role of Head of the Computer Centre.