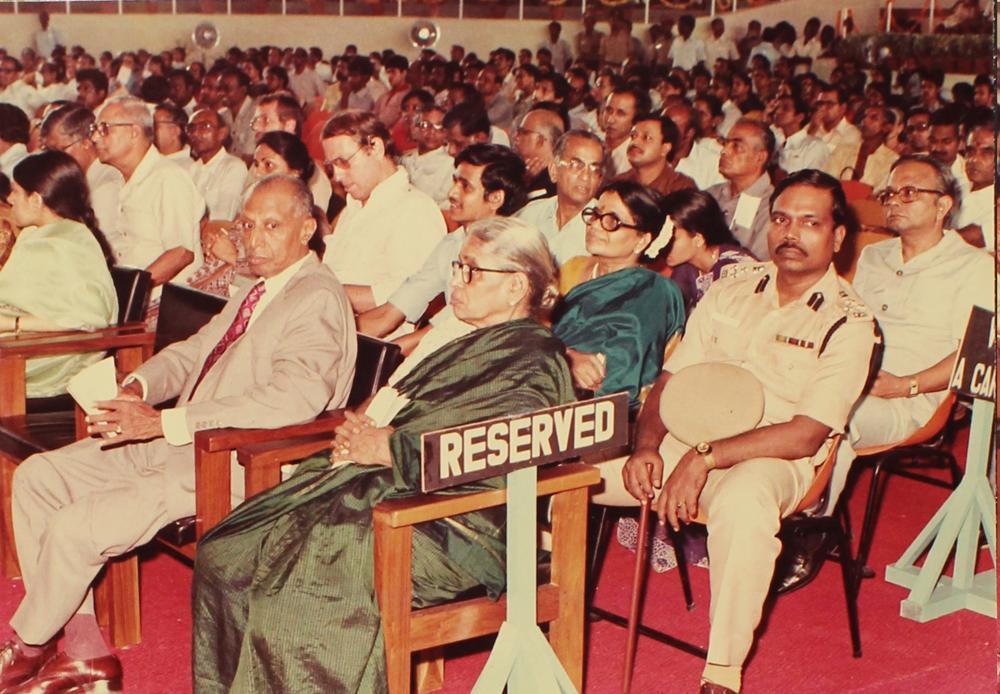 This photograph was taken on the 20th Convocation Day of IIT Madras in 1983. According to the Annual Report of 1983, the Student Activities Centre (SAC) was built as a multipurpose auditorium cum indoor stadium. The dimension of the building was reported to be 80 metres by 55 metres. The building consisted of a central bowl, stage, spectator gallery, mezzanine floor, two conference rooms, cafeteria and a store room. It was further written that the building was intended for indoor functions, convocation, sports events, cultural activities, seminars and exhibitions. The bowl had a capacity of 900 people, and provided space for indoor sports such as basketball, tennis, badminton, table tennis and volleyball. The spectator gallery (in photograph) had a capacity of 1,600 according to the Annual Report. The total capacity of the auditorium was 2,500.