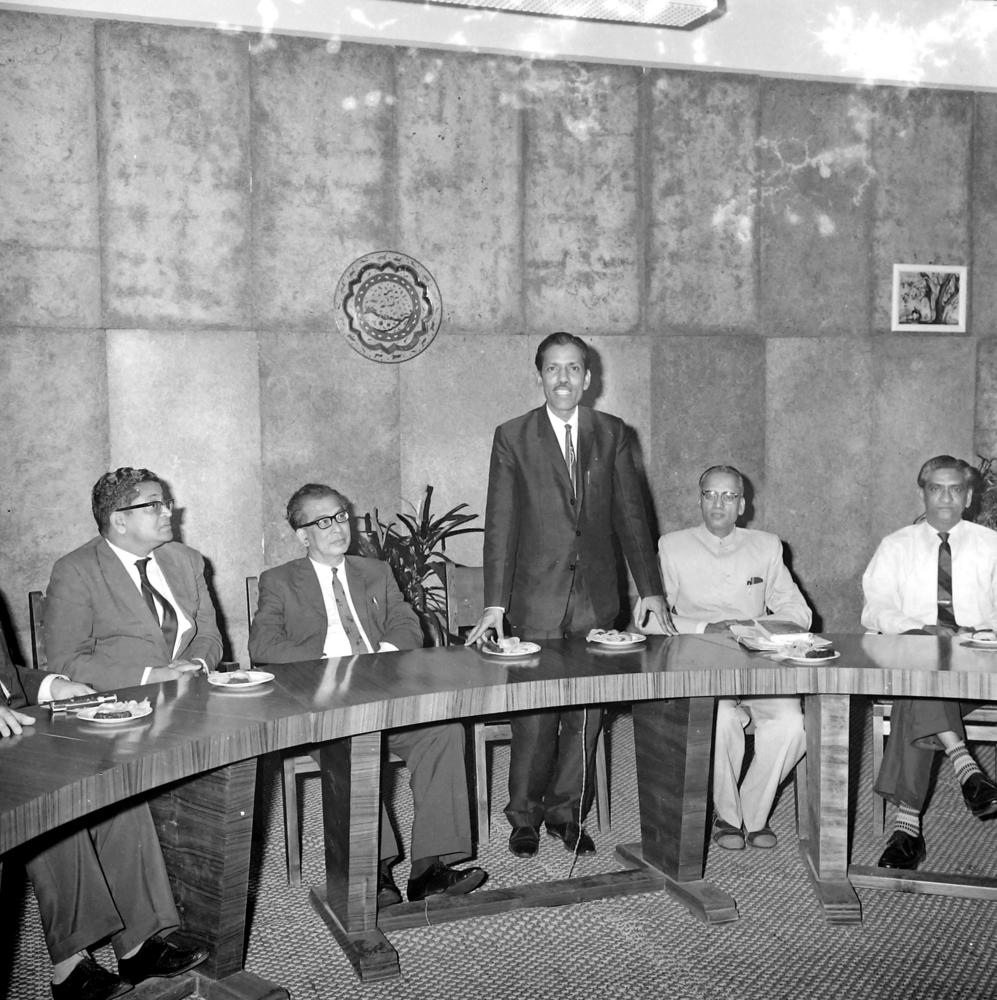 Prof. A. Ramachandran addressing a gathering during the transfer of charge for the Director’s post

Prof. Sengupto was the first Director of IIT Madras (1959 to 1967). He was responsible for the growth of IIT Madras in its early years. It was under his guidance that most of the infrastructure at the Institute, including the academic complexes, workshops and hostels came into existence.

Collection:
Gourishankar Collection
Album Name:
Transfer of charge
Photograph ID:
001/0250/IMG_0205
Album ID:
0250
Place:
Building Sciences Block (BSB)
Event:
Transfer of charge
Date:
11 December 1967
Photographer:
C. Gourishankar (1936-2002). A geologist by qualification, Gourishankar started his career as a photographer after working for many years with the Geological Survey of India. In everything that he did, Gourishankar strove to achieve flawlessness and impeccable quality. Thus his photography too was characterised by this drive for perfection. Every photograph that Gourishankar took was meticulously planned and shot and printed with diligence and patience. Gourishankar carried out most of the official photography at IIT Madras in the 1960s.
Share: