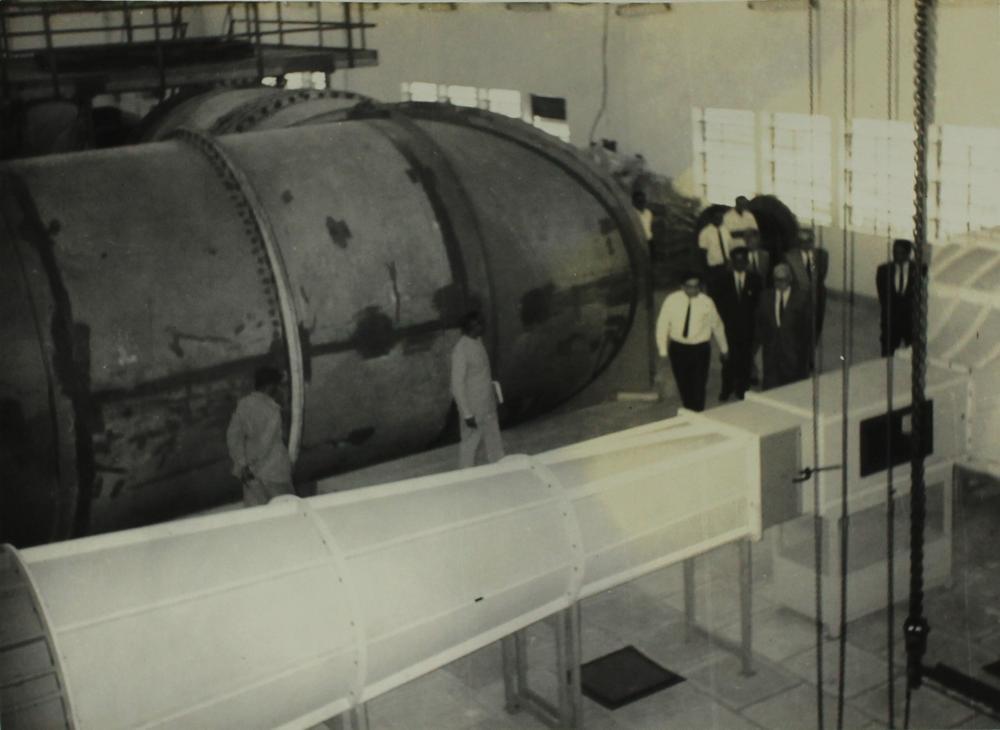 A photograph taken during the visit of His Excellency Baron Dietrich von Mirbach to IIT Madras, 1967

The people in the photograph seem to be looking at what appears to be a wind tunnel. Baron von Mirbach (Ambassador of the Federal Republic of Germany) visited IIT Madras a few months after the Second Indo-German agreement was signed in New Delhi. The signing of the agreement kicked off the establishment of 5 laboratories. It also made provisions to complete the 20 laboratories which were in progress. The agreement was an effort to further the development of IIT Madras through a collaboration between India and Germany.

Although the photograph is not clear, it appears that the persons are, Mr. C. V. Sethunathan (Registrar, second from left), Prof. S. Sampath (Deputy Director, third from left), Mr. Baron von Mirbach (next to Prof. Sampath) and behind them Prof. B. Sengupto (Director of IIT Madras).