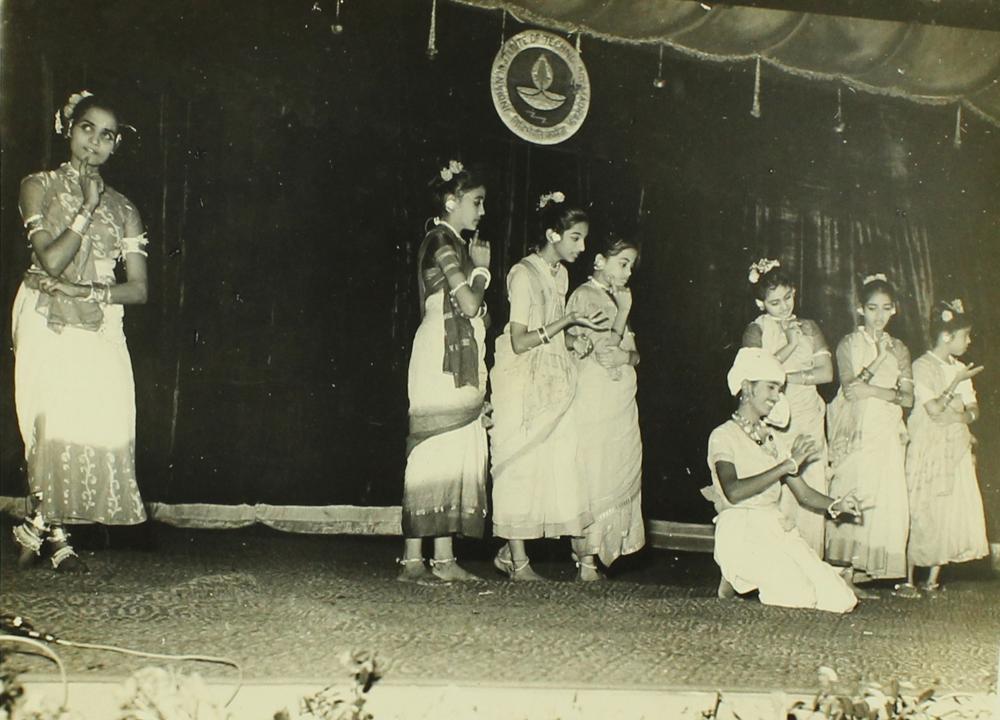 Children from the campus stage ‘Chandalika’, 1967

Taken during the Eighth Institute Day of IIT Madras, this photograph shows campus children enacting a dance drama. Dances, magic shows, plays, music performances and various cultural activities were a hallmark of Institute Day in the 1960s. It was a community event which brought together students, professors and staff members of IIT, children from Vanavani School, campus children and other residents of the campus.