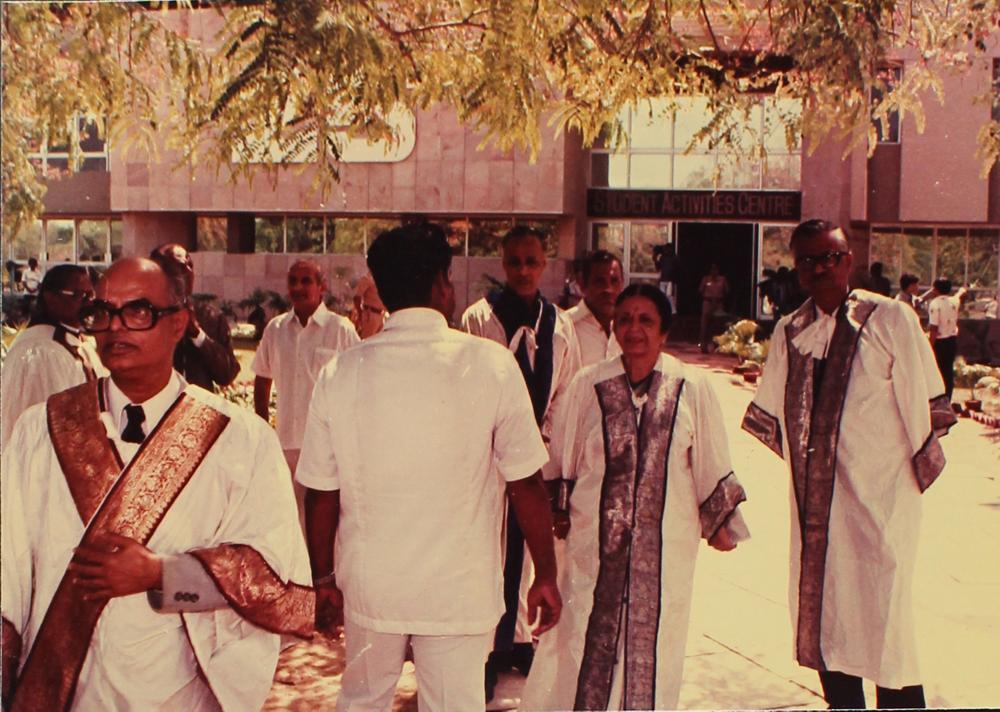 Distinguished guests and administrators waiting for the arrival of the chief guest, 1983

The photograph shows some of the important personalities that were present at the 20th convocation in 1983. It appears that they are awaiting the arrival of Mr. Giani Zail Singh (President of India and chief guest).

Seen in the image, Prof. P. V. Indiresan (Director of IIT Madras, first from left), Mrs. Sheila Kaul, (Union Minister for Education and Culture, second from right) and Dr. Raja Ramanna, (Chairman, Board of Governors of IIT Bombay, extreme right). The other gentlemen in the photograph are yet to be identified.

It is mentioned in the Annual Report of IIT Madras, 1983-1984 that Dr. Raja Ramanna was awarded the Honorary Degree of Doctor of Science (Honoris Causa) during the 20th convocation.