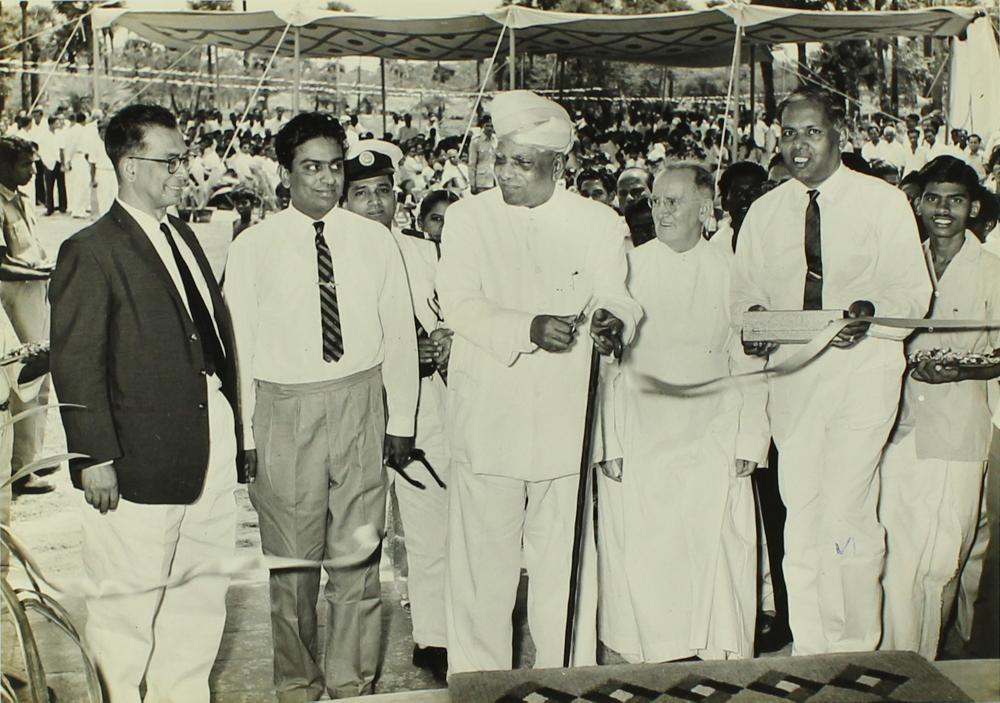 Vanavani School was established on the IIT Madras campus in 1963. It was opened by Dr. A. L. Mudaliar (Chairman, Board of Governors) on 8 July 1963. Father Murphy’s article in the Annual Number of 1965-1966 titled ‘The Vanavani Primary School’, explains that the school was given its name by the Director Prof. B. Sengupto. Father Murphy notes that the name combines ‘knowledge’ with ‘goddess of the forest’.