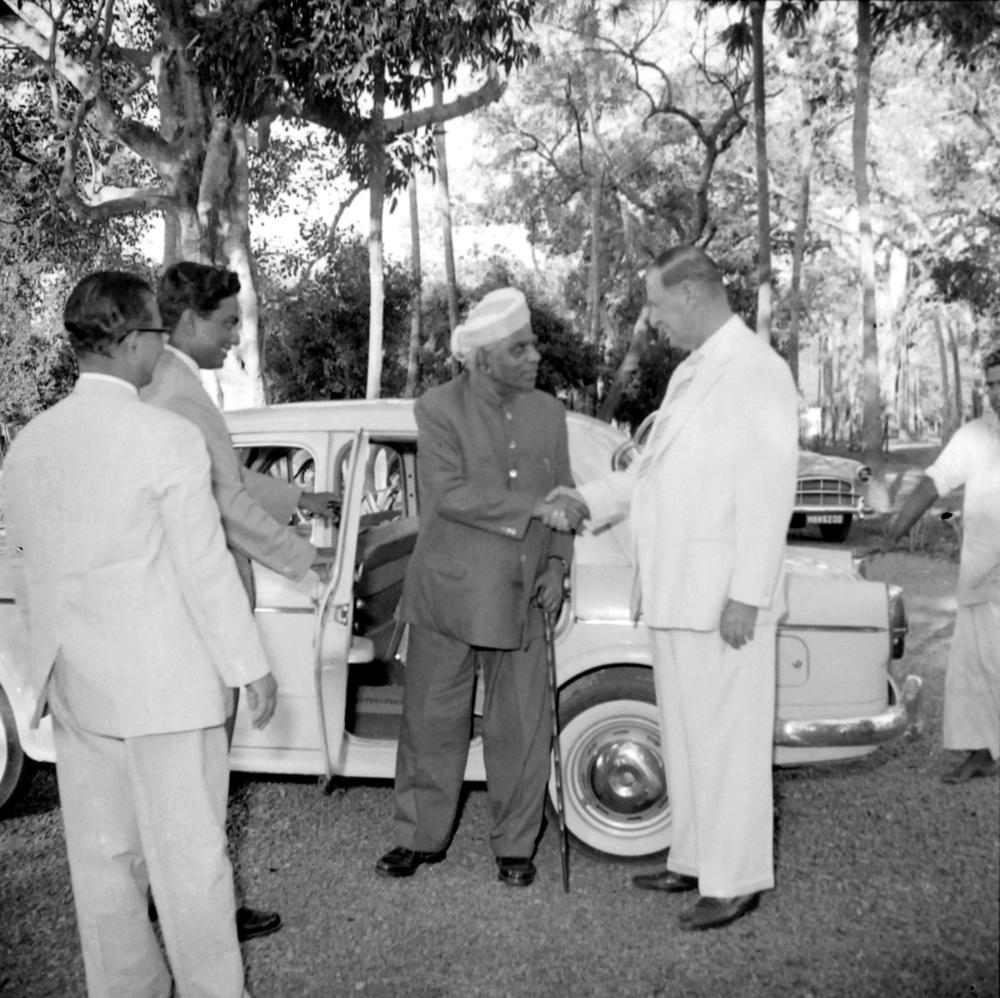 Dr. Mudaliar was the first Chairman of the Board of Governors of IIT Madras. He served as Chairman from 1959 to 1969. Prof. Kraus (co-ordinator of the Indo-German Aid Program, fourth from left) was the first Professor and Head of Department of Mechanical Engineering at IIT Kharagpur. He visited IIT Madras in 1962 during the foundation stone laying ceremony. During his career, Prof. Kraus taught at various institutes around the world, including China, India, Czechoslovakia and Germany.

Also seen in the image are Mr. R. Natarajan (Registrar, second from left) and Prof. B. Sengupto (Director, first from left).