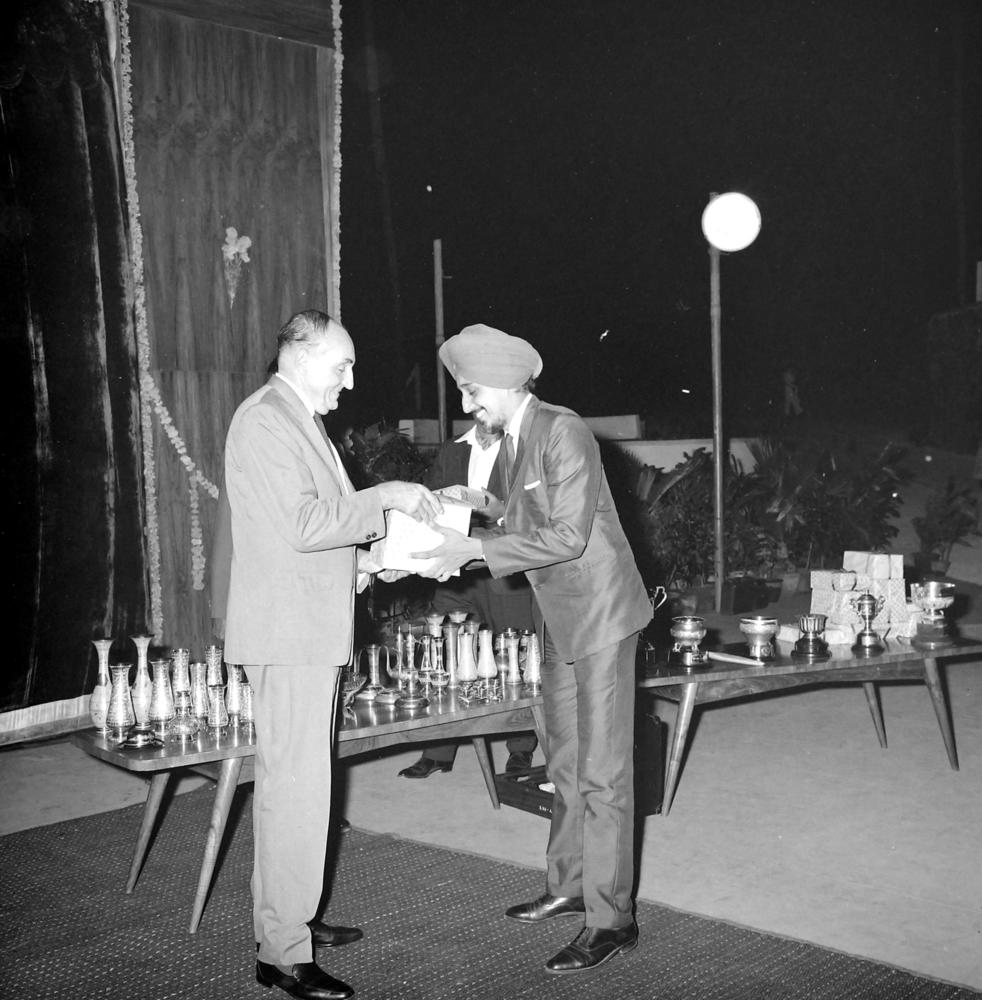 Dr. Karl Pfauter giving away a prize to a student at the Ninth Institute Day celebrations at the Open Air Theatre, 1968

Dr. Karl Pfauter (Consul General of the Federal Republic of Germany) was the chief guest at the Ninth Institute Day at IIT Madras.

Institute Days in the 1960s were held to award prizes to students and staff who contributed to the Institute in various fields, including extra-curricular activities and academics. The Annual Report of IIT Madras (1967-68) provides details of the prize winners at the Ninth Institute Day. The student in the photograph is yet to be identified.

An identical photograph can be found in the Central Photographic Section Collection in Album 0020 under the ID: 001/0020/IMG_0647_1

Collection:
Gourishankar Collection
Album Name:
Ninth Institute Day, 1968
Photograph ID:
001/0265/IMG_0092
Album ID:
0265
Date:
23 March 1968
Place:
Open Air Theatre (OAT)
Photographer:
C. Gourishankar (1936-2002). A geologist by qualification, Gourishankar started his career as a photographer after working for many years with the Geological Survey of India. In everything that he did, Gourishankar strove to achieve flawlessness and impeccable quality. Thus his photography too was characterised by this drive for perfection. Every photograph that Gourishankar took was meticulously planned and shot and printed with diligence and patience. Gourishankar carried out most of the official photography at IIT Madras in the 1960s.
Share: