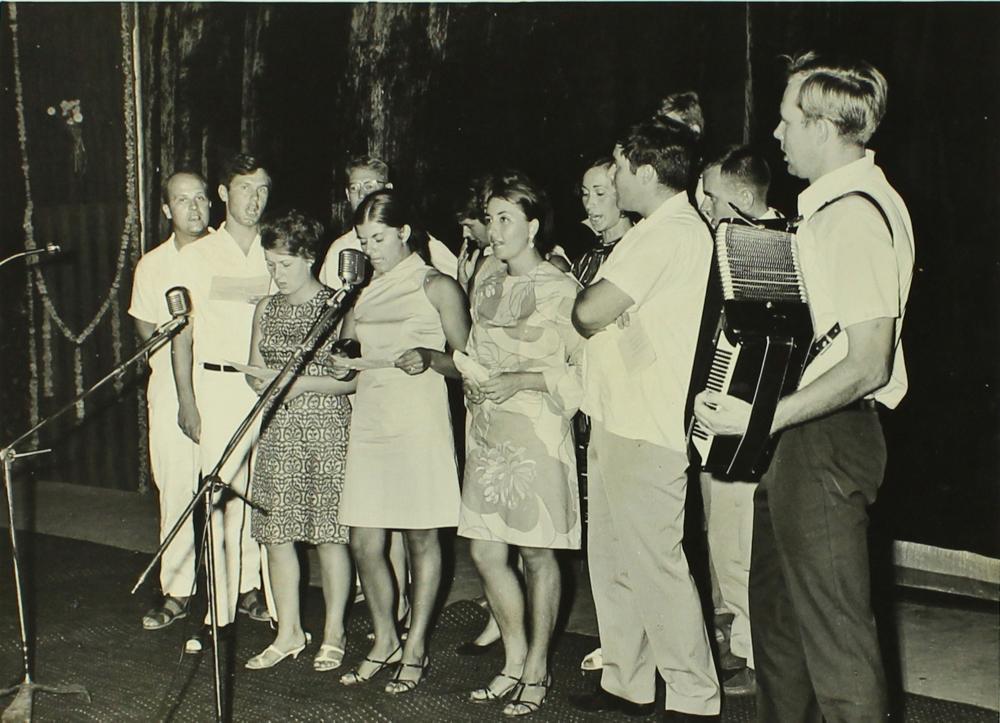 German students stage a performance at the Ninth Institute Day celebrations at the Open Air Theatre, 1968

IIT Madras and Germany go a long way back, to the very foundation of the institute, which was envisioned by important figures in Indian and German politics. The participation of the Germans in events and activities held by IIT Madras showed that the relationship between the two parties was deeper than just an academic collaboration. Dances, magic shows, plays, music performances and various cultural activities were a hallmark of Institute Day in the 1960s. It was a community event which brought together students, professors and staff members of IIT, children from Vanavani School, campus children and other residents of the campus. The performers in the photograph are yet to be identified.

Collection:
Central Photographic Section Collection
Album Name:
Ninth Institute Day, 1968
Photograph ID:
001/0020/IMG_0663_1
Album ID:
0020
Date:
23 March 1968
Place:
Open Air Theatre (OAT)
Photographer:
C. Gourishankar (1936-2002). A geologist by qualification, Gourishankar started his career as a photographer after working for many years with the Geological Survey of India. In everything that he did, Gourishankar strove to achieve flawlessness and impeccable quality. Thus his photography too was characterised by this drive for perfection. Every photograph that Gourishankar took was meticulously planned and shot and printed with diligence and patience. Gourishankar carried out most of the official photography at IIT Madras in the 1960s.
Event:
Ninth Institute Day
Share: