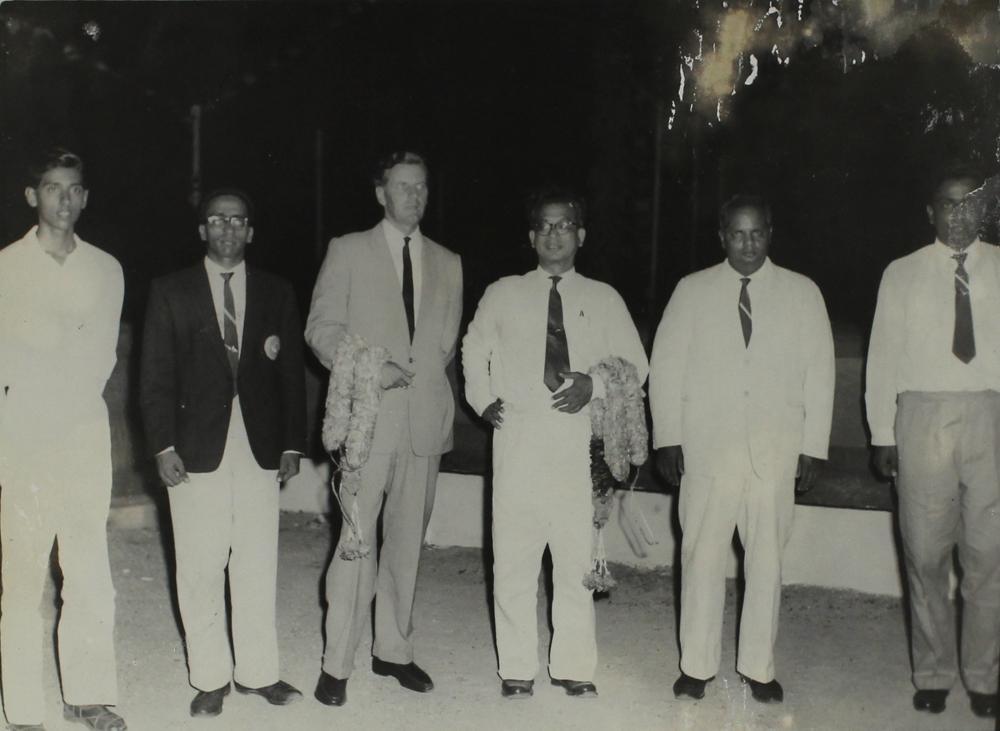 Taken during the first Inter-Collegiate Sports Meet of IIT Madras, this photograph shows a group photograph with the Director of IIT Madras and other important personalities at the event.

The event has been described in the IIT Madras Annual Number of 1963-1964. Lionel Paul, the Sports Secretary states in his report that the event was held on 1 and 2 February, 1964. Paul notes that there were relatively few entries from the city colleges but the event was a success.