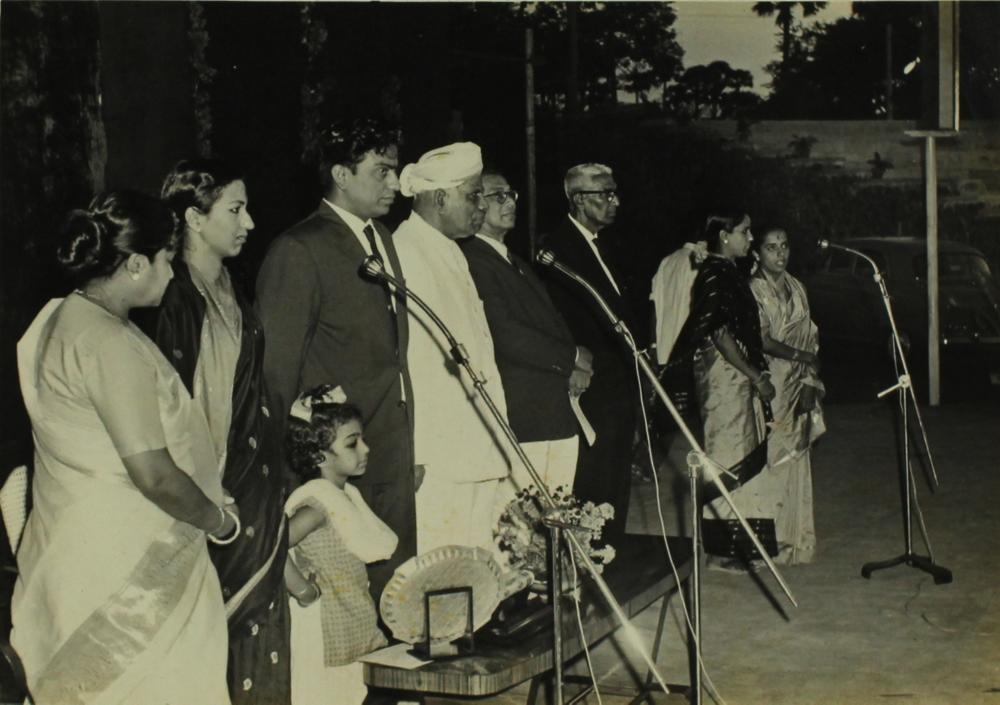 Invocation at the farewell ceremony for Mr. R. Natarajan

Seen in the image from the left: Mrs. Shanti Sengupto (wife of the Director), Mrs. Parvatham Natarajan, Priya (daughter of Mr. R. Natarajan), Mr. R. Natarajan (first Registrar), Dr. A. L. Mudaliar (Chairman, Board of Governors), Prof. B. Sengupto (Director) and Prof. R. Krishnamurthi (Head of the Humanities Department). The two staff members giving the invocation are yet to be identified.

Mr. R. Natarajan spent five and a half years at the Institute. He left a lasting impression not only on the Institute but also on all those he worked with as well. His involvement with IIT Madras went beyond fulfilling his administrative duties.The relationships he maintained with the staff and students were warm and friendly. He was known to have handled any problem presented to him with a lively personal concern. He brought infectious enthusiasm to bear on the organization of all the Gymkhana activities. Mr. R. Natarajan's term as Registrar ended in 1965. A farewell party was organised in his honour in April that year.