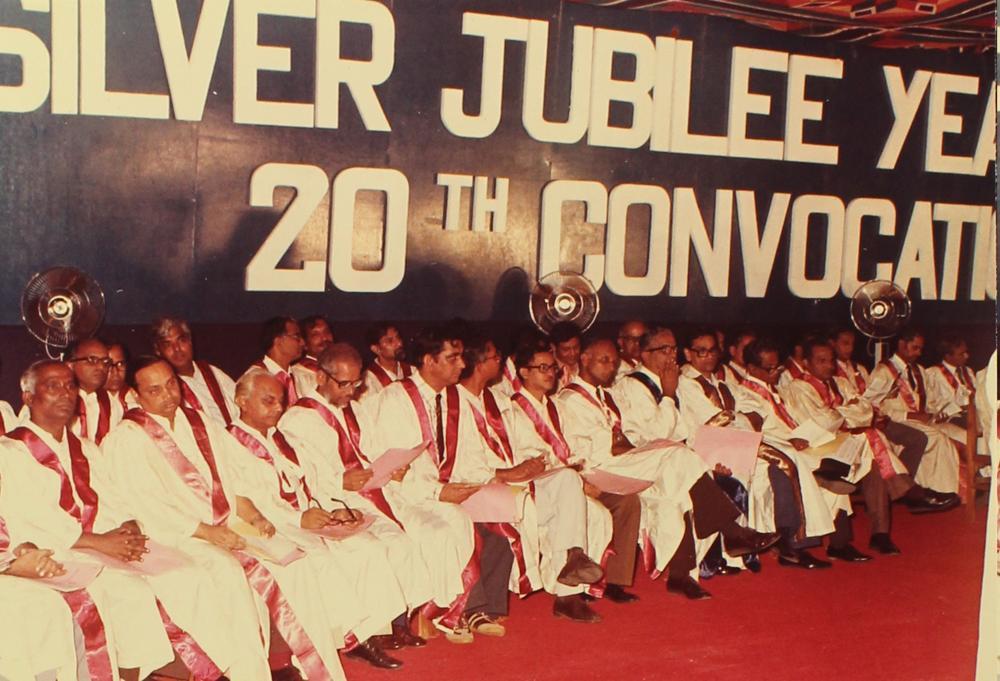 Members of the faculty at IIT Madras, 1983

Taken during the 20th convocation of IIT Madras, the photograph shows some of the Institute faculty seated at the Student Activities Centre (SAC).