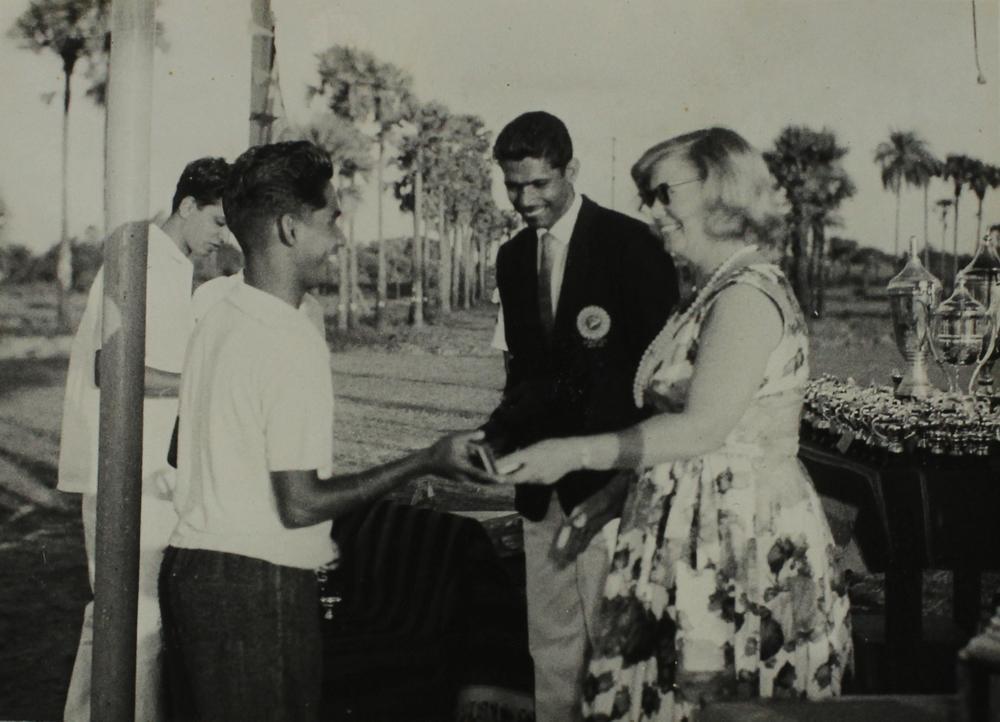 The event has been described in the IIT Madras Annual Number of 1963-1964. Lionel Paul, the Sports Secretary states in his report that the event was held on 1 and 2 February, 1964. Paul notes that there were relatively few entries from the city colleges but the event was a success. He also writes the prizes were distributed by Mrs. Fischer, wife of chief guest Mr. Gerhard Fischer (Consul, Federal Republic of Germany).

The overall winner of the event was the YMCA College of Physical Education according to Paul’s report.

The other persons in the photograph are yet to be identified.