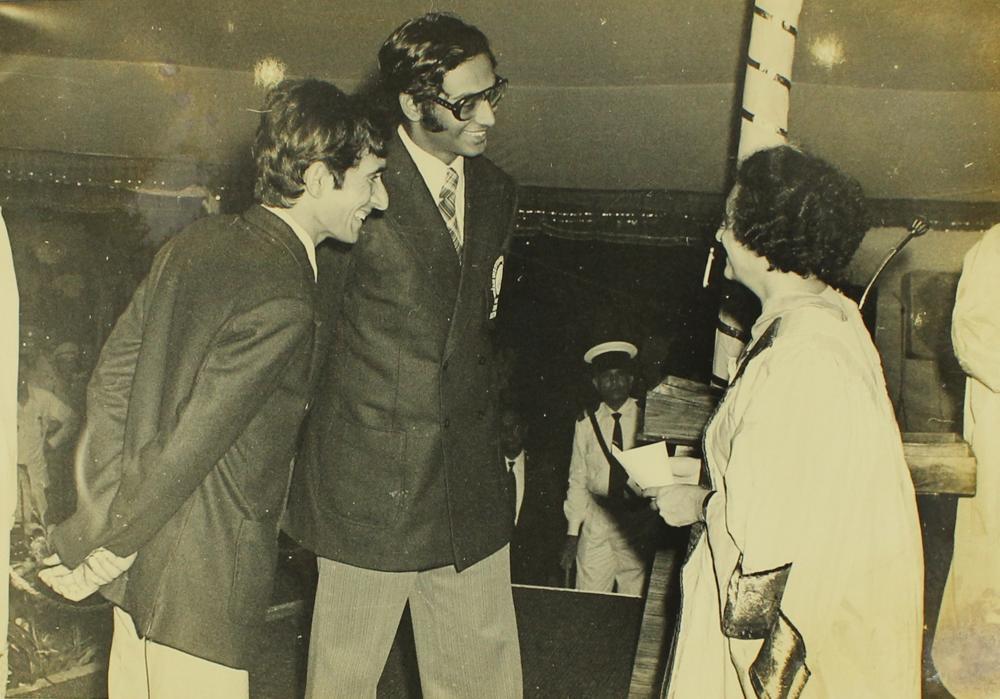 Mrs. Indira Gandhi, chief guest of the eleventh convocation, interacts with students at the ceremony

Seen in the image standing to the right is Mrs. Indira Gandhi (Prime Minister of India).

The eleventh convocation of IIT Madras took place on the 9th of September, 1974. The ceremony was held in the Kendriya Vidyalaya (KV) ground which is situated within the Institute’s premises. The chief speaker was Mrs. Indira Gandhi, the Prime Minister of India. At the eleventh convocation a total of 551 students received their degrees (B.Tech.- 236, D.I.I.T.- 23, M.Tech.-182, M.Sc.- 39, M. S. – 26, Ph.D.- 45). Apart from the degrees that were distributed at the ceremony, prizes were awarded to students for outstanding performances in academics. Mr. Gangan Prathap was awarded the President’s Prize (awarded to the best student who qualified himself for the conferment of the B.Tech. Degree after undergoing the course for five years) and Mr. Iyer Chandrasekhar was awarded the Governor’s Prize (awarded to the best all-around student eligible for the conferment of the B.Tech. degree). A total of 19 other prizes were awarded to students for their academic achievements that year.