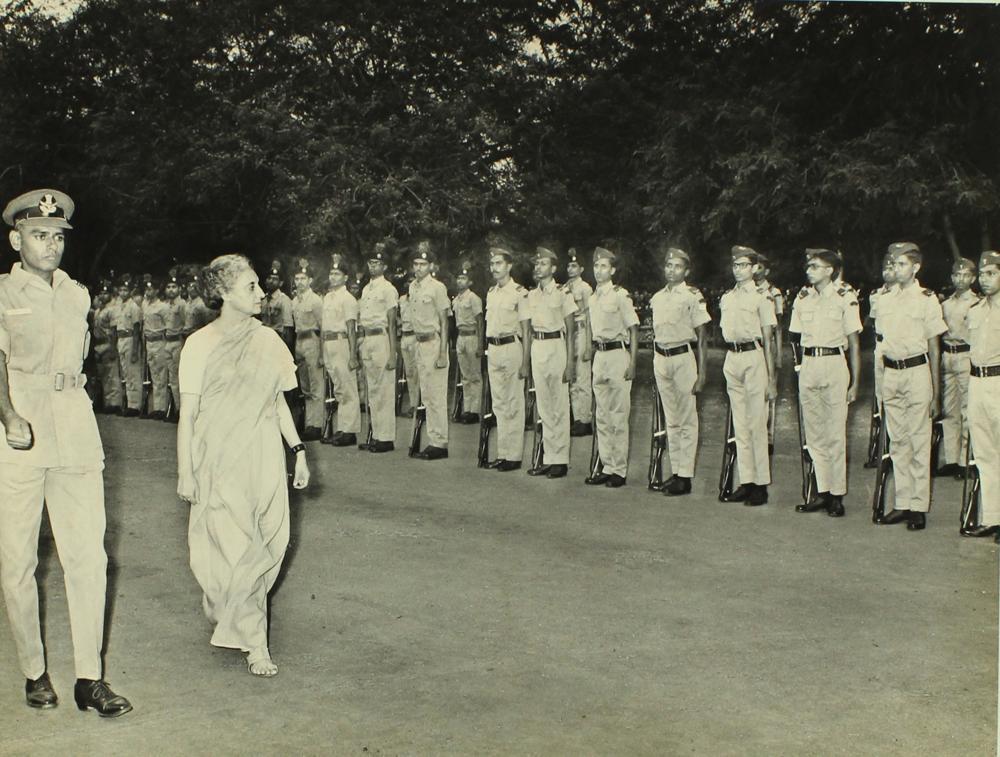 The eleventh convocation of IIT Madras took place on the 9th of September, 1974. Unlike most of the previous convocation ceremonies which were held at the Open Air Theatre (OAT) of the Institute, this ceremony was held in the Kendriya Vidyalaya (KV) ground which is situated within the Institute’s premises, adjacent to the iconic campus landmark: the Gajendra Circle. The chief speaker was Mrs. Indira Gandhi, the Prime Minister of India. The convocation commenced at 04:00 pm that day and a large audience was present to witness the event. After greeting the dignitaries upon her arrival at the campus, Mrs. Indira Gandhi was presented a guard of honour. She took the salute from a podium that was assembled on the KV ground before inspecting the guard. In the image, Mrs. Indira Gandhi inspects the guard of honour