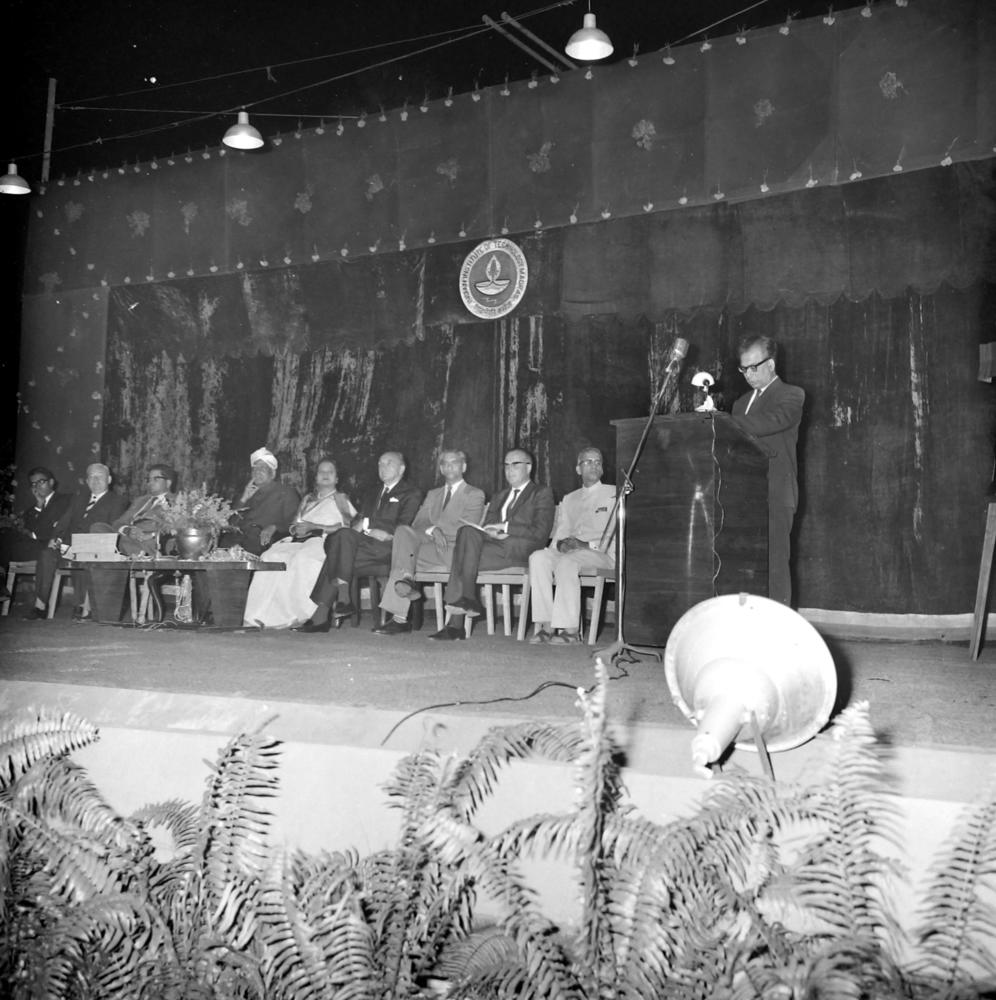 Prof. B. Sengupto addresses the audience at his farewell function, 1967

Prof. Sengupto was the first Director of IIT Madras (1959 to 1968). He was responsible for the growth of IIT Madras in its early years. It was under his guidance that most of the infrastructure at the Institute, including the academic complexes, workshops and hostels came into existence. Some of the buildings that came up during his time were the four department buildings (including one for Humanities and Sciences), ten laboratories, the Open Air Theatre (OAT) and several other landmarks in the campus. The Administration Block was also almost completed by the time Prof. Sengupto left. In his report in the Silver Jubilee Souvenir, Prof. Sengupto lists some of his achievements including: completing 210000 square metres of buildings, ten hostels for the boys and one for the girls, 600 quarters for the staff, two schools on campus (Vanavani and Kendriya Vidyalaya) and other buildings such as the staff club, ladies club and the swimming pool.

Collection:
Gourishankar Collection
Album Name:
Farewell to Prof Sengupto
Photograph ID:
001/0233/IMG_0652
Album ID:
0233
Date:
5 December 1967
Place:
Open Air Theatre (OAT)
Event:
Prof. Sengupto’s Farewell Function
Photographer:
C. Gourishankar (1936-2002). A geologist by qualification, Gourishankar started his career as a photographer after working for many years with the Geological Survey of India. In everything that he did, Gourishankar strove to achieve flawlessness and impeccable quality. Thus his photography too was characterised by this drive for perfection. Every photograph that Gourishankar took was meticulously planned and shot and printed with diligence and patience. Gourishankar carried out most of the official photography at IIT Madras in the 1960s.
Share: