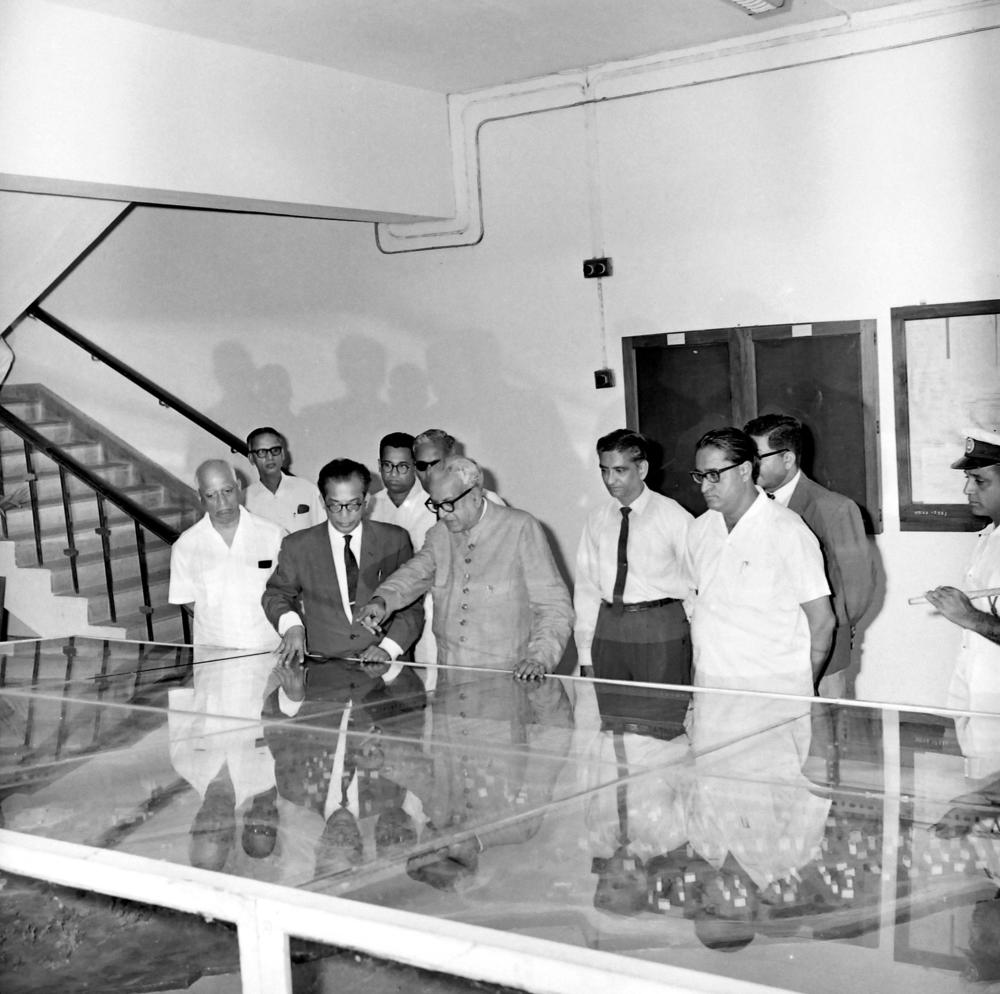 Prof. B. Sengupto (Director) uses a 3D model of the campus to explain the development of IIT Madras to Mr. M. C. Chagla (Union Minister for Education, New Delhi) during his visit to the Institute

Photos in the collections of the Heritage Centre have a three-dimensional model of the IIT Madras campus. This model was used to explain details about the Institute to visitors. Seen in the image from the left (second row): Mr. C. V. Sethunathan (Registrar), Prof. P. C. Varghese (Civil Engineering Department), Mr. Y. S. Ramaswamy (Superintending Engineer) and Prof. R. G. Narayanamurthi (Mechanical Engineering Department) and Prof. Sampath (Deputy Director). Seen on the far right is Mr. Venkataraman (CSO). Seen in the first row from left: a gentleman who is yet to be identified, Prof. B. Sengupto, Mr. M. C. Chagla and another gentleman who is yet to be identified.

M.C. Chagla was an Indian statesman and government official, known for his dedication to Indian civil liberties. In the collections of the Heritage Centre are photos showing Mr. M. C. Changla’s (Union Minister for Education, New Delhi) during two visits to IIT Madras. The first occasion was as the chief guest of the second convocation of the Institute. He returned to IIT Madras a little more than a year later on 17th June, 1966. A formal event was held on the occasion of his visit to the Institute. During the event speeches were made and a cheque contribution towards the National Defence fund was presented to him by the Institution. He was also shown the Building Sciences Block (first building on campus) and research reports (as mentioned in the third convocation brochure-1966), presumably before the commencement of the event, which he discussed with the Director, Prof. B. Sengupto.