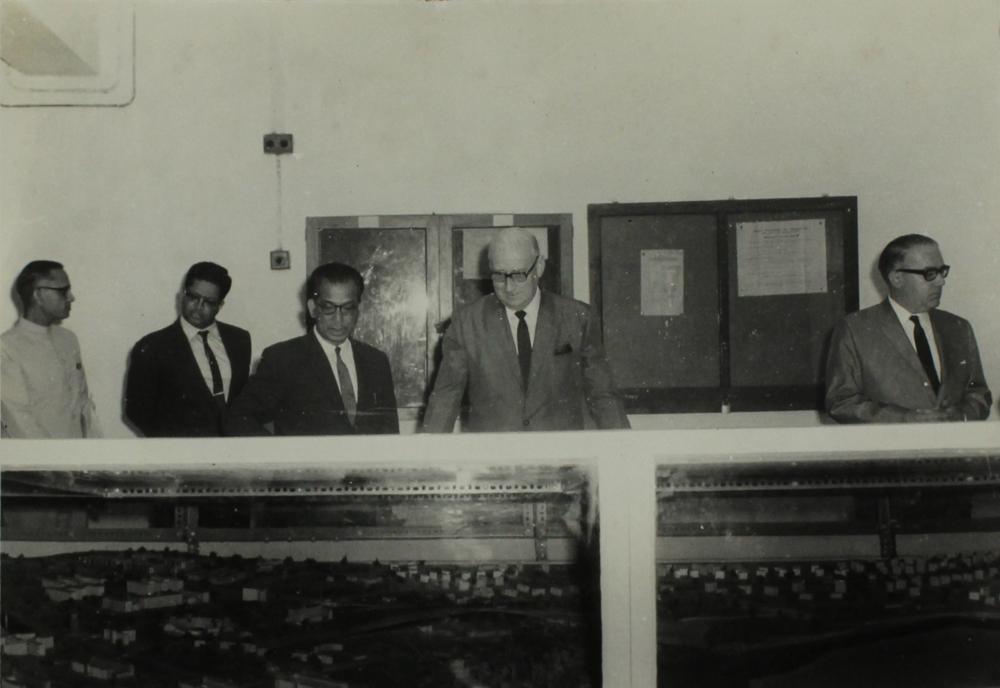 Prof. B. Sengupto showing a 3D Model of the Institute to His Excellency Baron Dietrich von Mirbach, 1967

In the photograph, from left, Mr. C. V. Sethunathan (Registrar), Prof. S. Sampath (Deputy Director), Prof. B. Sengupto (Director of IIT Madras), Mr. Baron von Mirbach and a gentleman (yet to be identified).