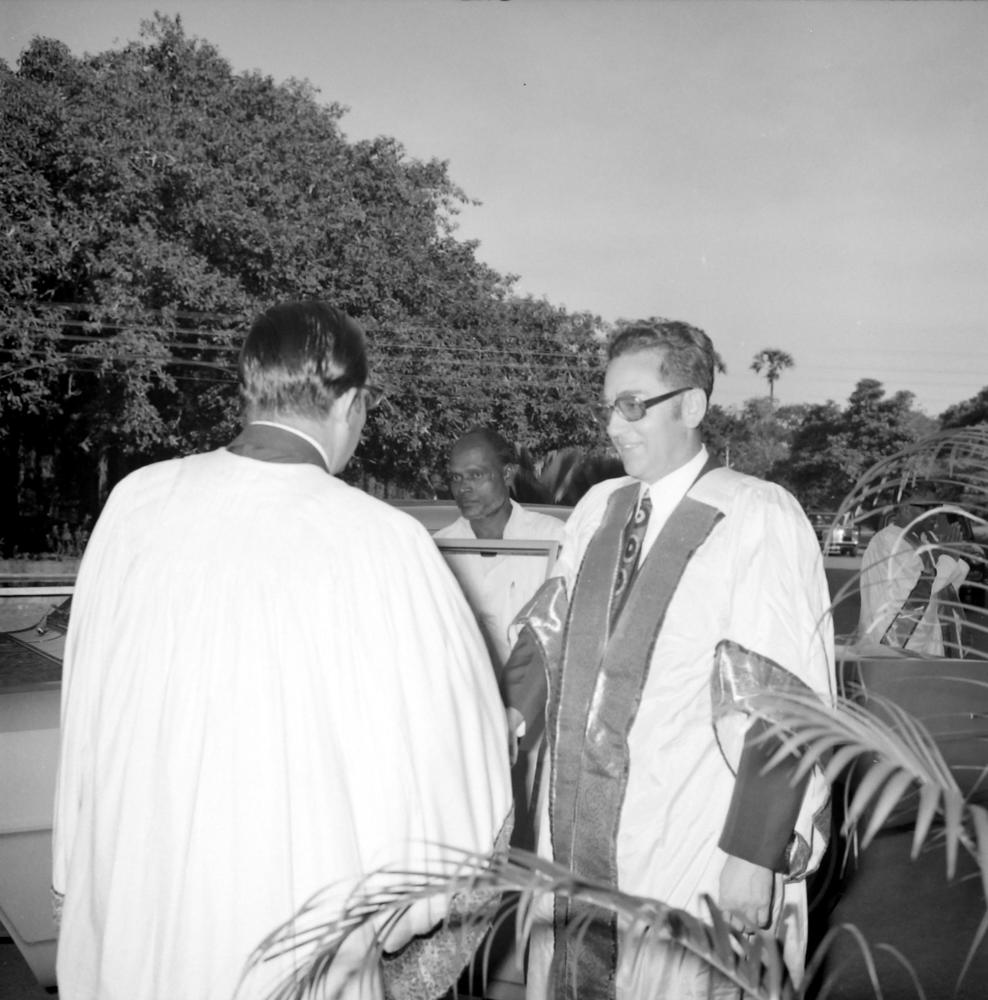 This photograph was taken during the Special Convocation. The convocation took place on 17 November. It was held to present the Doctor of Science degree to Dr. Erhard Eppler who was the Minister for Economic Co-operation for the Federal Republic of Germany. Incidentally, the Computer Centre was inaugurated on the same day at the Central Lecture Theatre (CLT). We know that the Special Convocation was held before the Inauguration through Prof. Pandalai’s speech at the Computer Centre inauguration. The Archive of IIT Madras has documented the original speech in text form.

Receiving Dr. Eppler is Prof. K. A. V. Pandalai, the Director of IIT Madras. It is not clear to us where the photograph was taken, but it is likely that it was outside the Central Lecture Theatre (CLT), where the event was held.

Collection:
Gourishankar Collection
Album Name:
1. Special Convocation 2. Computer center 16-11-1973 to 17-11-1973
Photograph ID:
001/0227/IMG_0506
Album ID:
0227
Date:
17 November 1973
Photographer:
C. Gourishankar (1936-2002). A geologist by qualification, Gourishankar started his career as a photographer after working for many years with the Geological Survey of India. In everything that he did, Gourishankar strove to achieve flawlessness and impeccable quality. Thus his photography too was characterised by this drive for perfection. Every photograph that Gourishankar took was meticulously planned and shot and printed with diligence and patience. Gourishankar carried out most of the official photography at IIT Madras in the 1960s.
Event:
Special Convocation, Inauguration of Computer Centre
Share: