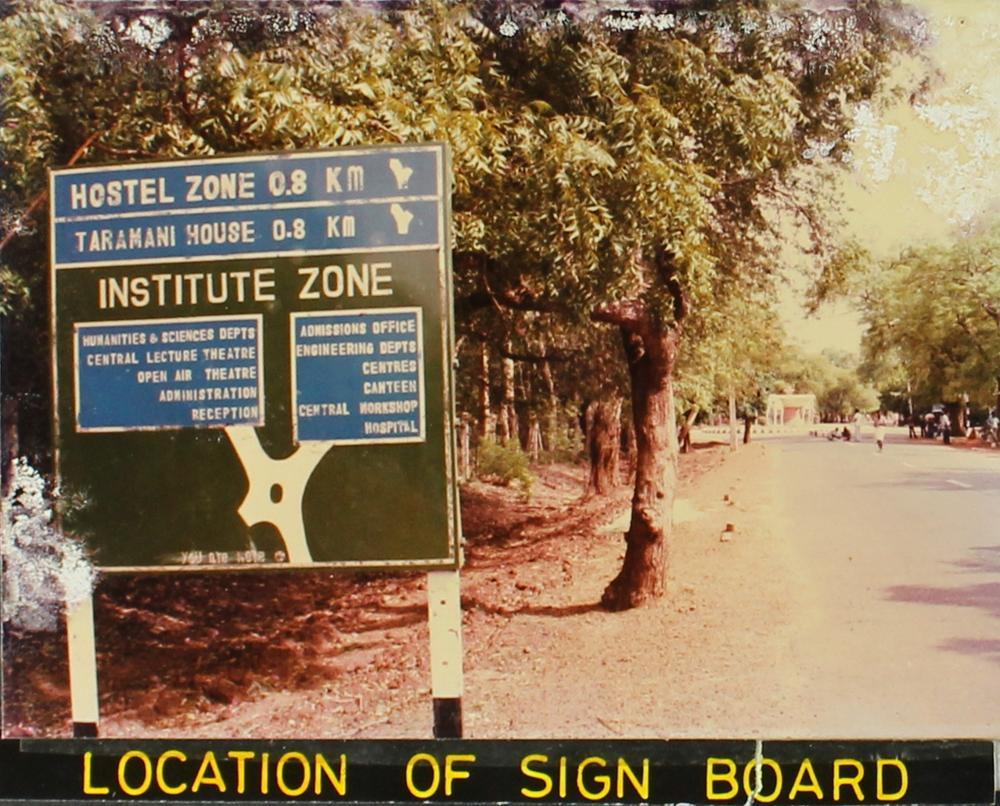 The sign board appears to have been near Gajendra Circle and Kendriya Vidyalaya.