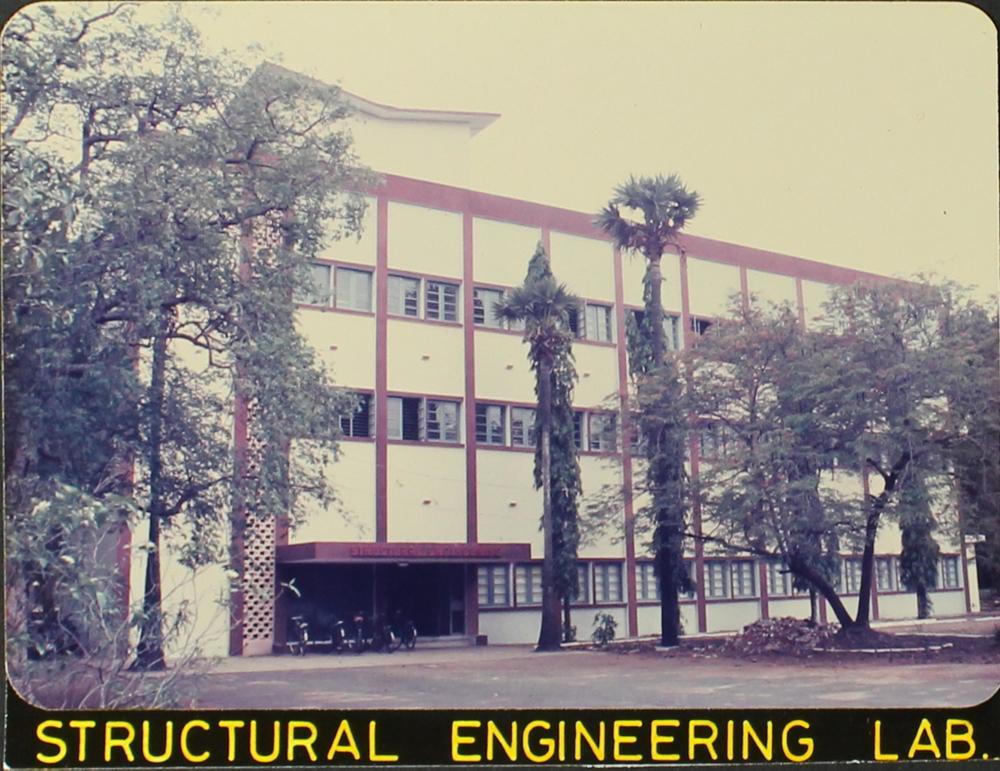 The Structural Engineering Lab is located next to the Building Sciences Block. The Engineering Unit took up the construction of the Structural Engineering Lab in the 1967-1968 academic year. The lab was reportedly (Annual Report of IIT Madras, 1968) being built along with four other labs to accommodate the machinery and equipment from West Germany. Under the Second Indo-German agreement, the Institute got aid from West Germany in the form of machinery and equipment. The completion of the lab has been reported in the Annual Report of IIT Madras, 1970.