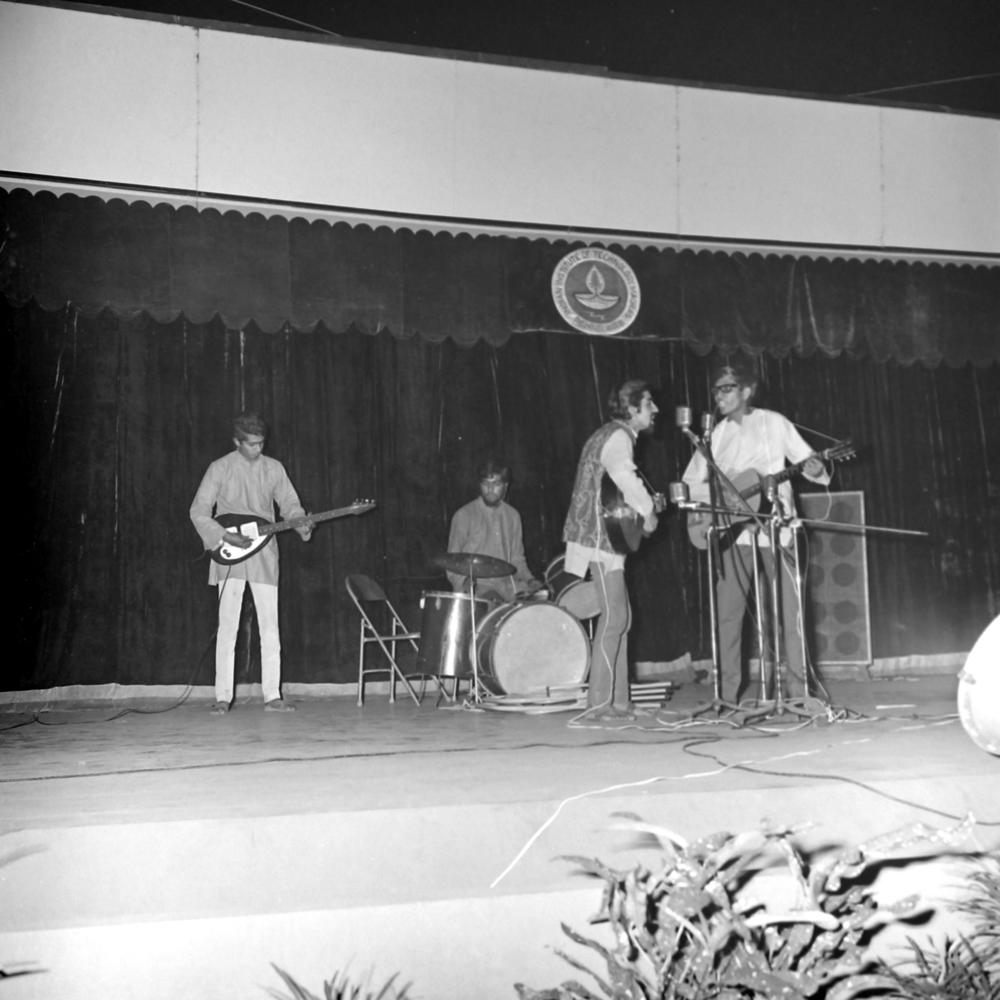 Seen in the image is a four student band performing at the Open Air Theatre. The instruments they are playing are the drums, electric guitars and a bass guitar.