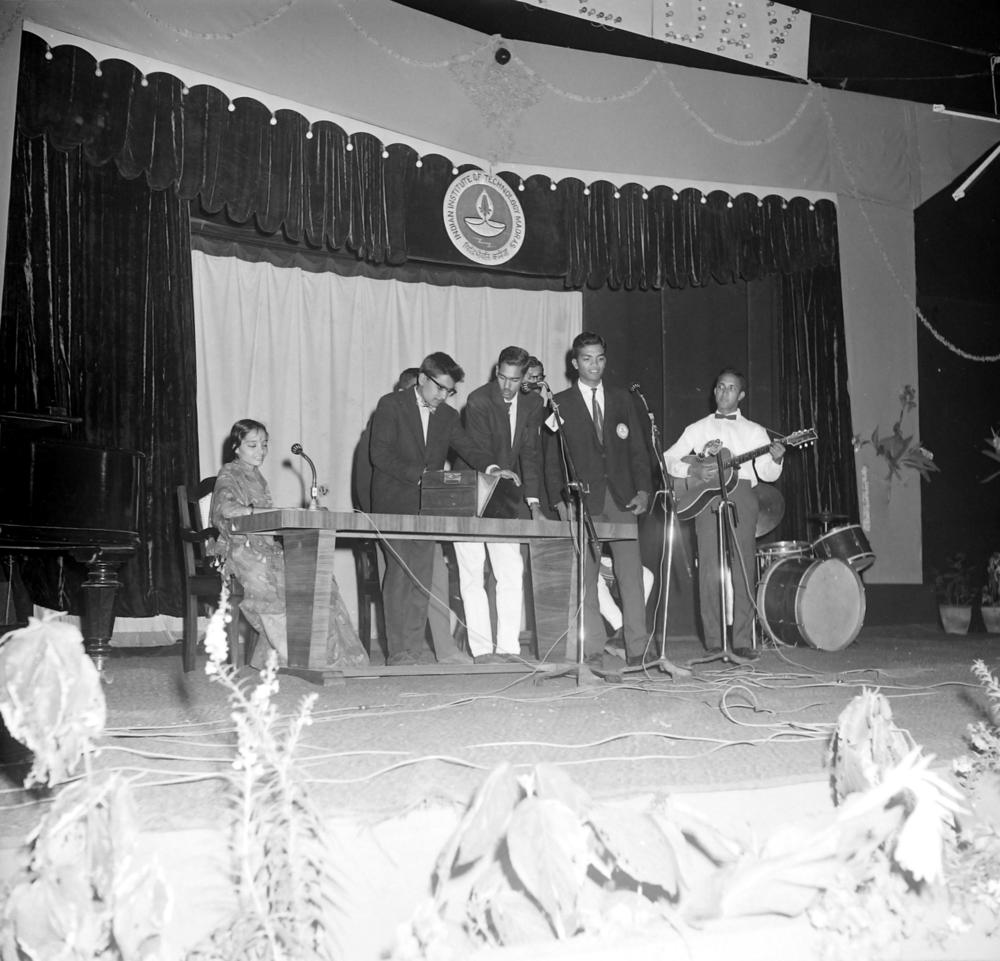 Students staging a group song at the Seventh Institute Day, 1966

This photograph was taken during the variety programme which consisted of entertainment shows including plays, music performances, a mushaira and also a magic performance.

The 1960s were a time when the counterculture movement was glowing in the U.S.A. Rock music, pop and several other genres were in the forefront during this era. Students in Chennai took to this trend, and rock and pop became a popular choice for youngsters.

Collection:
Gourishankar Collection
Album Name:
Seventh Institute Day, 1966
Photograph ID:
001/0206/IMG_0156
Album ID:
0206
Date:
12 March 1966
Place:
Open Air Theatre (OAT)
Photographer:
C. Gourishankar (1936-2002). A geologist by qualification, Gourishankar started his career as a photographer after working for many years with the Geological Survey of India. In everything that he did, Gourishankar strove to achieve flawlessness and impeccable quality. Thus his photography too was characterised by this drive for perfection. Every photograph that Gourishankar took was meticulously planned and shot and printed with diligence and patience. Gourishankar carried out most of the official photography at IIT Madras in the 1960s.
Event:
Seventh Institute Day
Share: