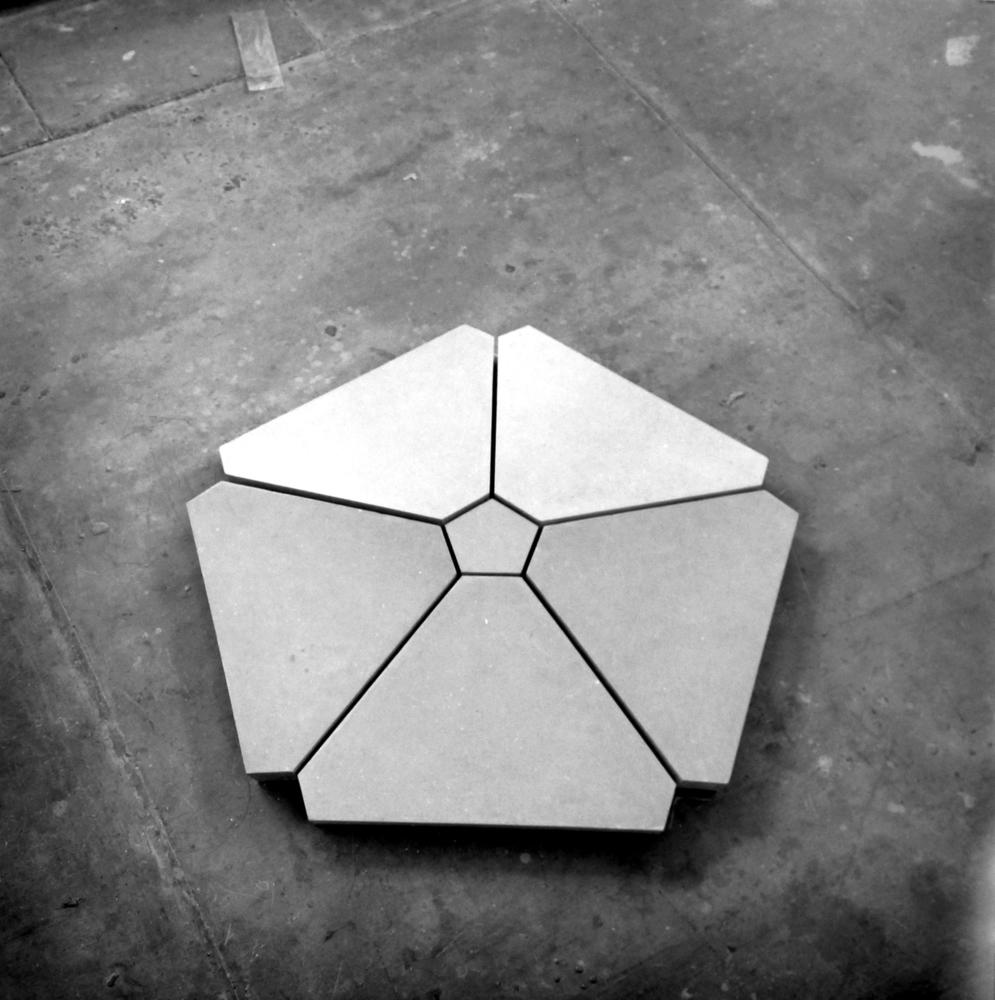 In 1970, when R. Buckminster Fuller received a gold-medal for his development of the geodesic dome, the American Institute of Architects called it “the strongest, lightest and most efficient means of enclosing space yet known to man.” The spherical form of the dome is composed of triangular facets, which can withstand pressure on all sides. Fuller discovered that a sphere created with triangles could have unparalleled strength.

The geodesic dome (15 meters diameter) seen in image 0295 of this album was made out of pentagonal panels as seen in this photograph. Each panel was assembled using five triangular components. IIT Madras set up six centres in the year 1973. The Composite Structures (FRP) Research Centre, also known as the Fibre Reinforced Plastics (FRP) Centre, was one of them. The centre was officially opened in March 1974 and it focussed on coordinating and utilising its expertise and resources to advance the research and development of FRP products. It also aimed at providing technical advice and leadership to the FRP industry in the country. The key objectives of the centre and services offered, as listed in the 1974 IITM Annual Report: Research and development of raw materials and composites, process design and development, mould design and development, process machinery design and fabrication, testing and quality control services, graduate and postgraduate teaching and a lot more.

Collection:
Gourishankar Collection
Album Name:
FRP Centre (3)
Photograph ID:
001/0257/IMG_0301
Album ID:
0257
Date:
6 January 1977
Photographer:
C. Gourishankar (1926-2002). A geologist by qualification, Gourishankar started his career as a photographer after working for many years with the Geological Survey of India. In everything that he did, Gourishankar strove to achieve flawlessness and impeccable quality. Thus his photography too was characterised by this drive for perfection. Every photograph that Gourishankar took was meticulously planned and shot and printed with diligence and patience. Gourishankar carried out most of the official photography at IIT Madras in the 1960s.
Share: