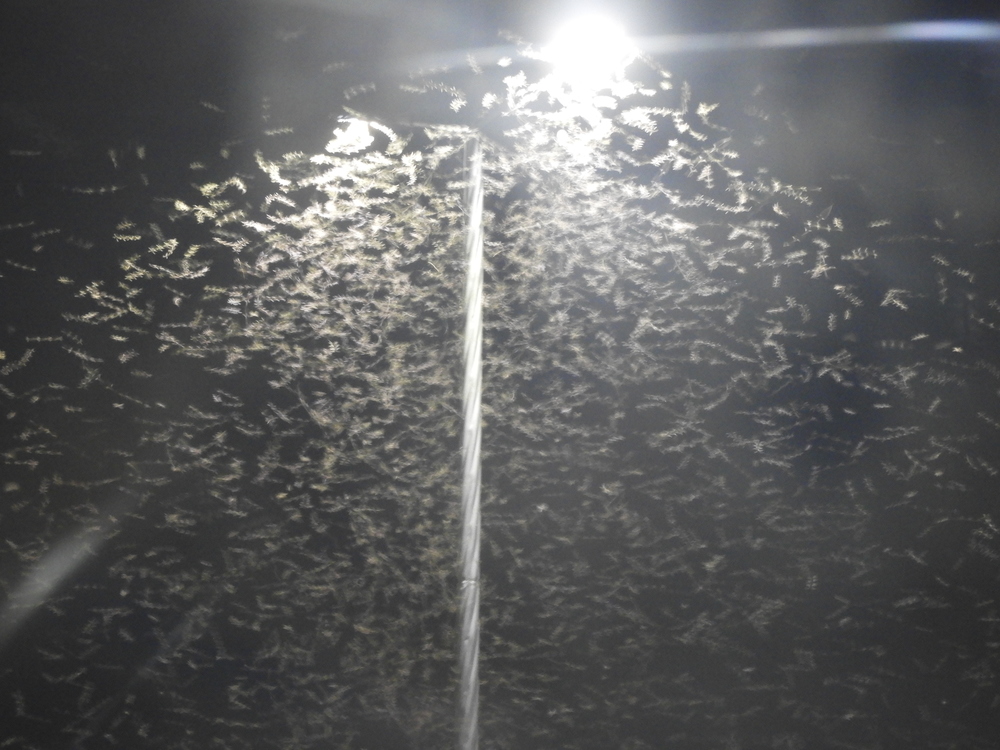 Although termites are often called "white ants", they are not ants, and are not closely related to ants. Like ants and some bees and wasps from the separate order Hymenoptera, termites divide as "workers" and "soldiers" that are usually sterile. All colonies have fertile males called "kings" and one or more fertile females called "queens". Termites mostly feed on dead plant material and cellulose, generally in the form of wood, leaf litter, soil, or animal dung. Most termites construct underground colonies rather than multifunctional nests and mounds. Once a year millions of termites explode from their nests in a frenzied nuptial flight as seen in the image. This is the most important phase in the lifecycle of a termite. This moment often occurs simultaneously for multiple termite colonies, intriguingly coordinated and triggered as a response to temperature, humidity, wind conditions and the time of year.