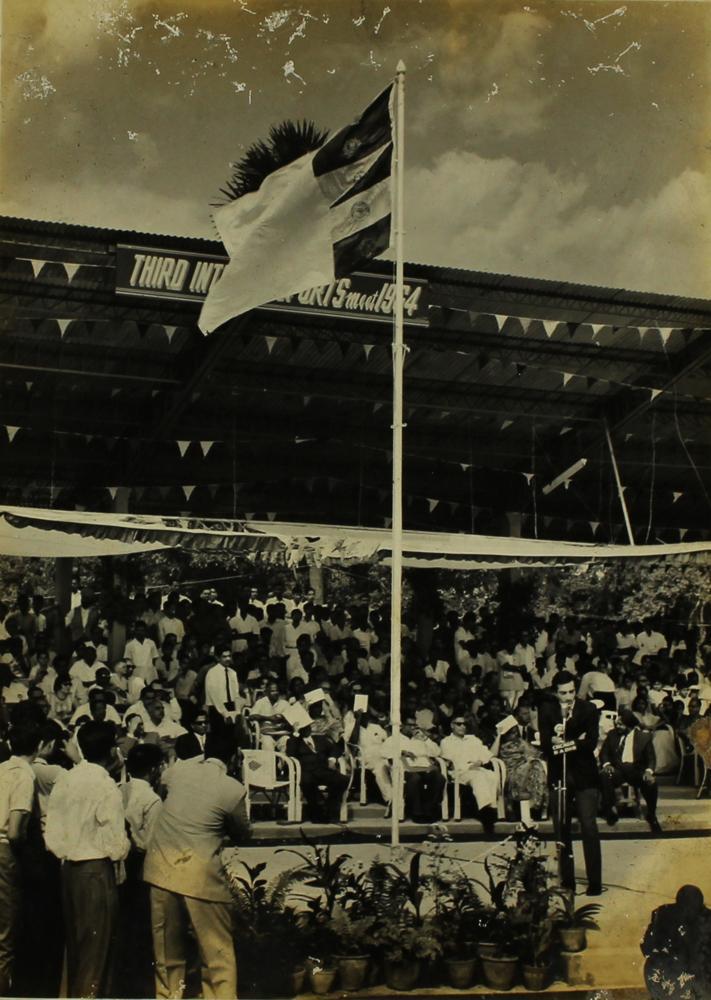 This was the first time the tournament was being held at IIT Madras. The first two were held in Bombay (1961) and Kharagpur (1963). The event also served as the inauguration of the stadium. According to Mr. B. S. Sudhir Chandra’s article in ‘Pradeep’, Pataudi gave a short speech, stressing on the role of games and physical training in Universities.

The flag (in picture) has the logos of the IITs that participated. Although only four emblems are visible, we have reason to believe that the fifth is hidden in the fold, since five teams participated that year.

Collection:
Central Photographic Section Collection
Album Name:
Third Inter IIT Sports Meet
Photograph ID:
001/0001/IMG_0080_1
Album ID:
0001
Date:
28-31 December 1964
Event:
Third Inter IIT Sports Meet
Photographer:
C. Gourishankar (1936-2002). A geologist by qualification, Gourishankar started his career as a photographer after working for many years with the Geological Survey of India. In everything that he did, Gourishankar strove to achieve flawlessness and impeccable quality. Thus his photography too was characterised by this drive for perfection. Every photograph that Gourishankar took was meticulously planned and shot and printed with diligence and patience. Gourishankar carried out most of the official photography at IIT Madras in the 1960s.
Place:
Stadium
Share: