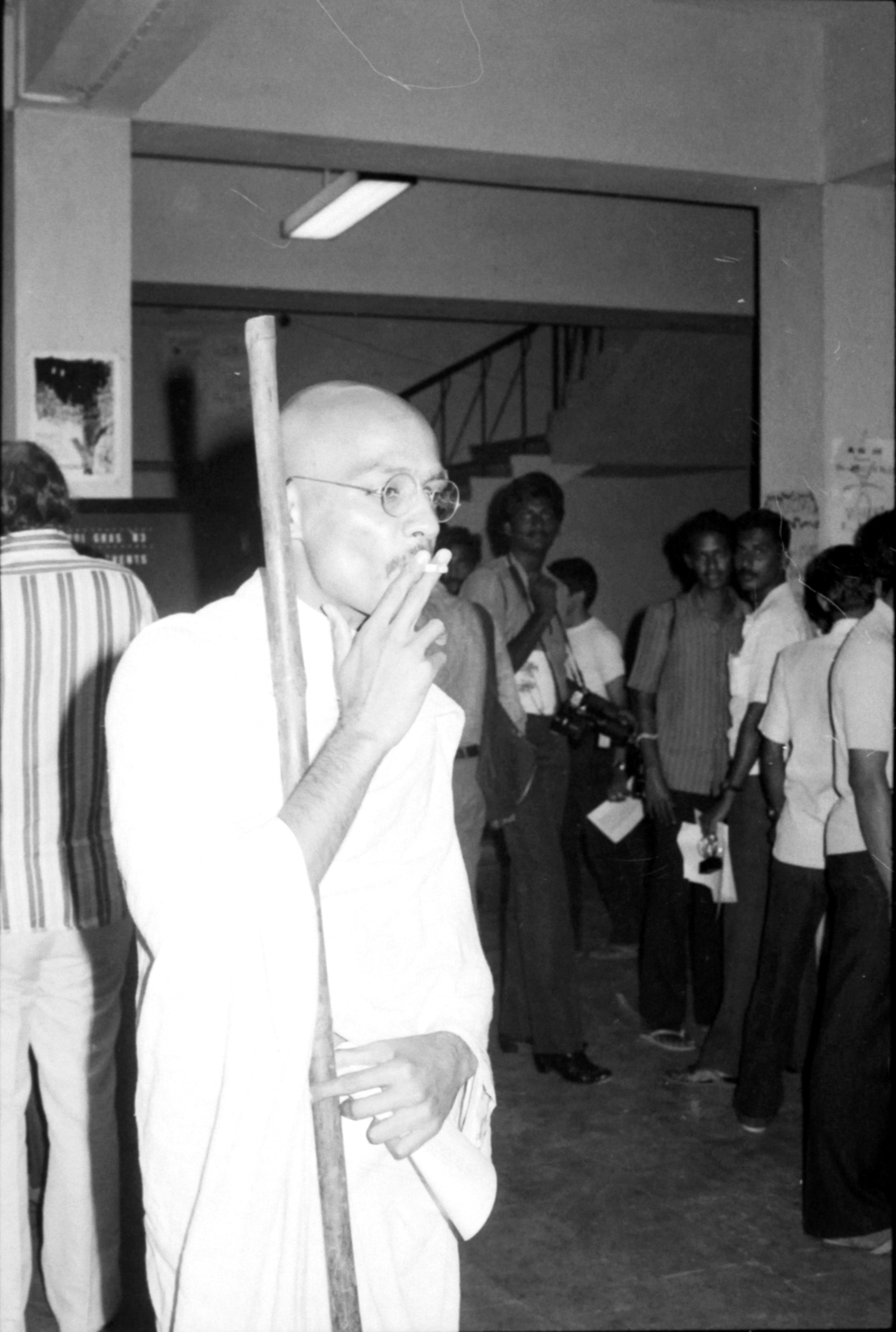 A participant dressed up as Mahatma Gandhi during Mardi Gras ’83

In the photograph, a participant for an event, possibly fancy dress or a skit, is seen dressed as Gandhi and several students are seen in the background holding pieces of paper in their hands, possibly at the Central Lecture Theatre. One student also seems to be holding a prize in his hand.

In the 1980s, apart from events such as Indian Classical Music, Indian Light Music, Western Group and Western Solo music competitions, Quiz, Music Quiz, and Debate, there were also several writing events such as Creative Writing. This event had prose (short story) and poetry for the first stage followed by one’s attempts at a stream of one-liners to cartoons, and doodles.

Collection:
N S Vinodh Collection
Album Name:
Mardi Gras -1983
Photograph ID:
001/0415/0023
Album ID:
0415
Event:
Mardi Gras
Date:
26 to 30 January 1983
Photographer:
N S Vinodh. After completing an early education in Bangalore, N. S. Vinodh obtained his B. Tech. in Civil Engineering from IIT Madras in 1986. Being the secretary of the Photography Club at IIT Madras during his third year, he was an avid photography enthusiast. He then went on to complete his MBA from IIM, Lucknow, and later spent his career holding senior positions in the field of corporate real estate with leading multinational financial services companies. He continued to pursue his hobby of photography, integrating it with his love of travel and wildlife.
Place:
Central Lecture Theatre
Share: