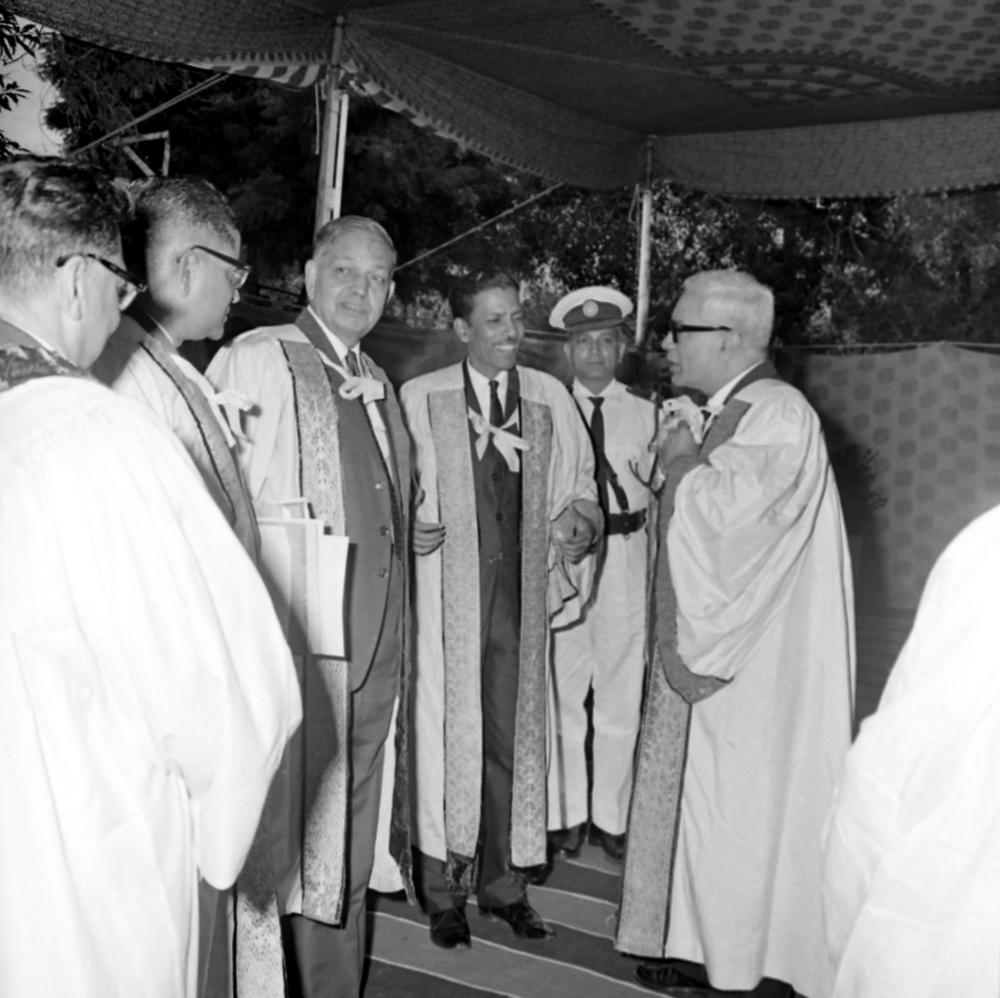 The dignitaries in conversation (after the convocation)

The chief guest and speaker at IIT Madras’s sixth convocation was Dr. S. Bhagavantam, Scientific Advisor to the Ministry of Defence, Government of India. Mr. H. V. R. Iengar (Padma Vibhushan), the sixth Governor of the Reserve bank of India and the Chairman of the Board of Governors (IIT Madras), presided over the ceremony. This photo was captured as some of the dignitaries conversed casually with one another after the convocation. From left; Prof. S. Sampath (Deputy Director), Mr. H. V. R. Iengar (Chairman Board of Governors), Dr. A. Ramachandran (Director, IITM) and Dr. S. Bhagavantam. Seen behind is Mr. T. N. Venkataraman (Chief Security Officer)