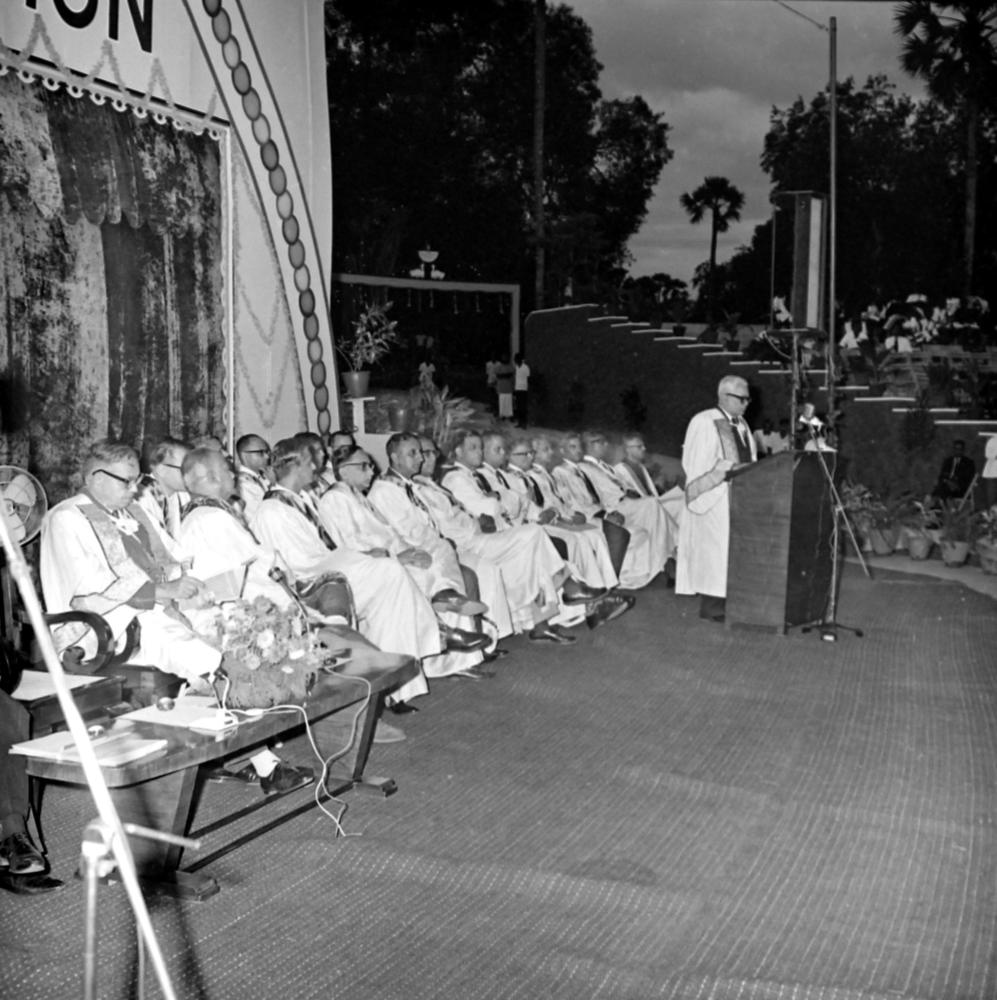 Dr. S. Bhagavantam delivers his address at the sixth convocation

Dr. Suri Bhagavantam (1909-1989), the well-known visionary scientist, administrator and architect of defense research was the chief guest at IIT Madras’s sixth convocation. Dr. S. Bhagavantam was born in Agiripalli, a village in Andhra Pradesh. He completed his primary education in Gudivada and acquired a Bachelor of Science in physics from Nizam College, Hyderabad. He joined Dr. C. V. Raman in Calcutta in the year 1928. After his Nobel Prize winning discovery, Raman chose Bhagavantam as collaborator to further his research work. During this time Dr. S. Bhagavantam got his master’s degree in science from Madras University.Later, Dr. S. Bhagavantam went on to hold important posts in various organizations. He was Vice Chancellor of Osmania University (1952) and Director of Indian Institute of Science (IISc) (1957-1962). He is best known for the time he served as Director of Defence Research and Development Organization (DRDO) from 1962-1969. He contributed immensely to the Indian defence system. His initiative led to the setting up of laboratories for development of missiles, aircraft, aero engines, combat vehicles, electronic warfare systems, high explosives and under water weapons. The string of labs, established under his stewardship from Naval Science and Technology Laboratories (NSTL) Visakhaptanam to Leh and Tezpur, stand testimony to his vision. And he was able to achieve all this with meagre resources, poor infrastructure back up and ever choking red-tapeism that was prevalent in the country at that time.