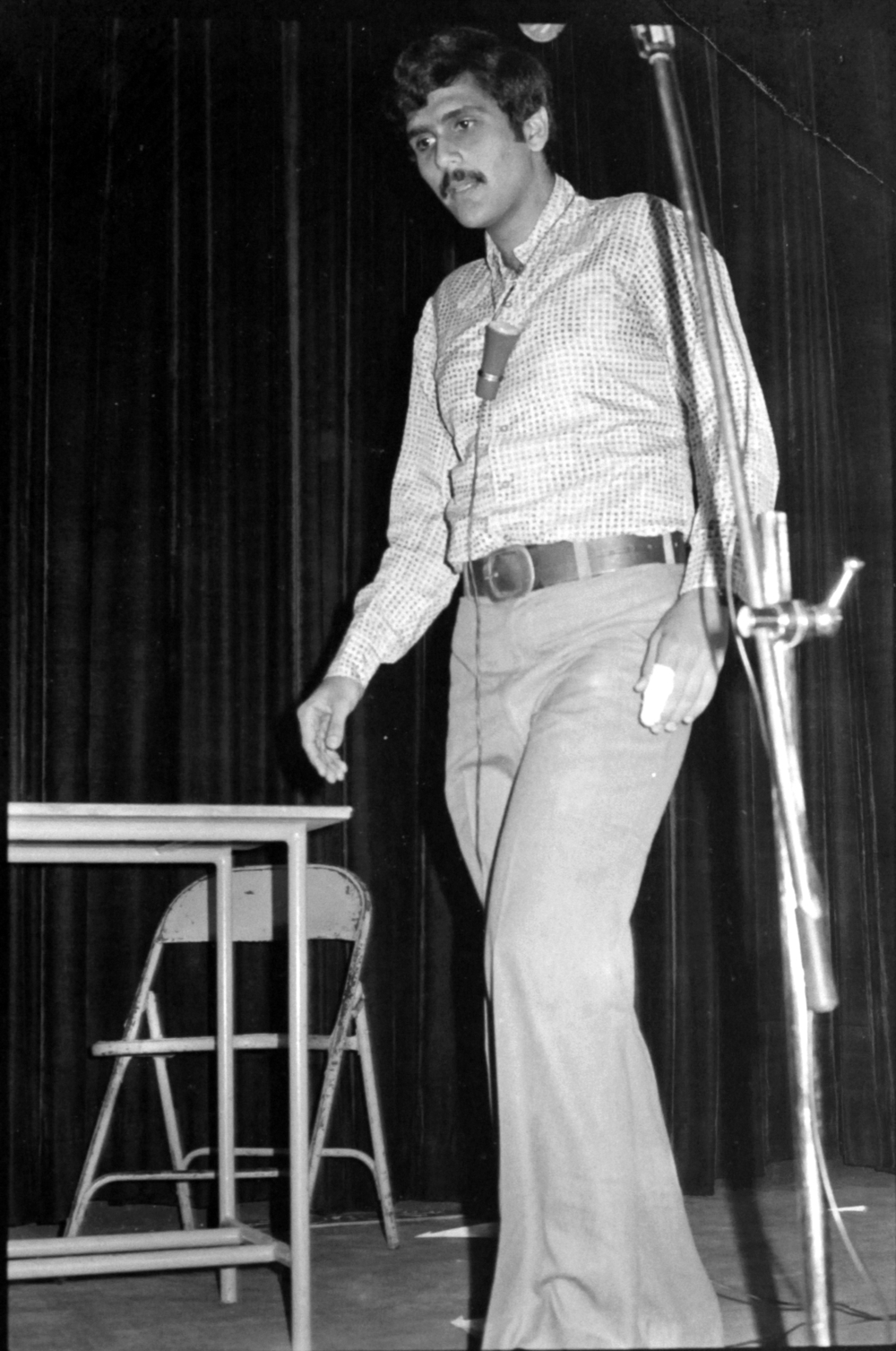 Shahrukh Irani performing in an event during Mardi Gras ’83

In the photograph, Sharukh Irani can be seen participating in an event that could possibly have been the ‘Mono-acting’ event during Mardi Gras. The mono-acting event was a part of the Informal events at Mardi Gras ’83. Shahrukh Irani, who graduated from IIT Madras in 1983, was considered to be a talented orator and entertaining speaker at the Institute.

The informal events during Mardi Gras, included skits, mono-acting, choreography, music and speaking. The writing events were also a part of the informal events. Potpourri was another event that consisted of variations such as ‘shadow mime’, ‘man sketch’, ‘quiz mime’ and many more.

Collection:
N S Vinodh Collection
Album Name:
Mardi Gras -1983
Photograph ID:
001/0415/0015
Album ID:
0415
Event:
Mardi Gras
Date:
26 to 30 January 1983
Photographer:
N S Vinodh. After completing an early education in Bangalore, N. S. Vinodh obtained his B. Tech. in Civil Engineering from IIT Madras in 1986. Being the secretary of the Photography Club at IIT Madras during his third year, he was an avid photography enthusiast. He then went on to complete his MBA from IIM, Lucknow, and later spent his career holding senior positions in the field of corporate real estate with leading multinational financial services companies. He continued to pursue his hobby of photography, integrating it with his love of travel and wildlife.
Place:
Central Lecture Theatre
Share: