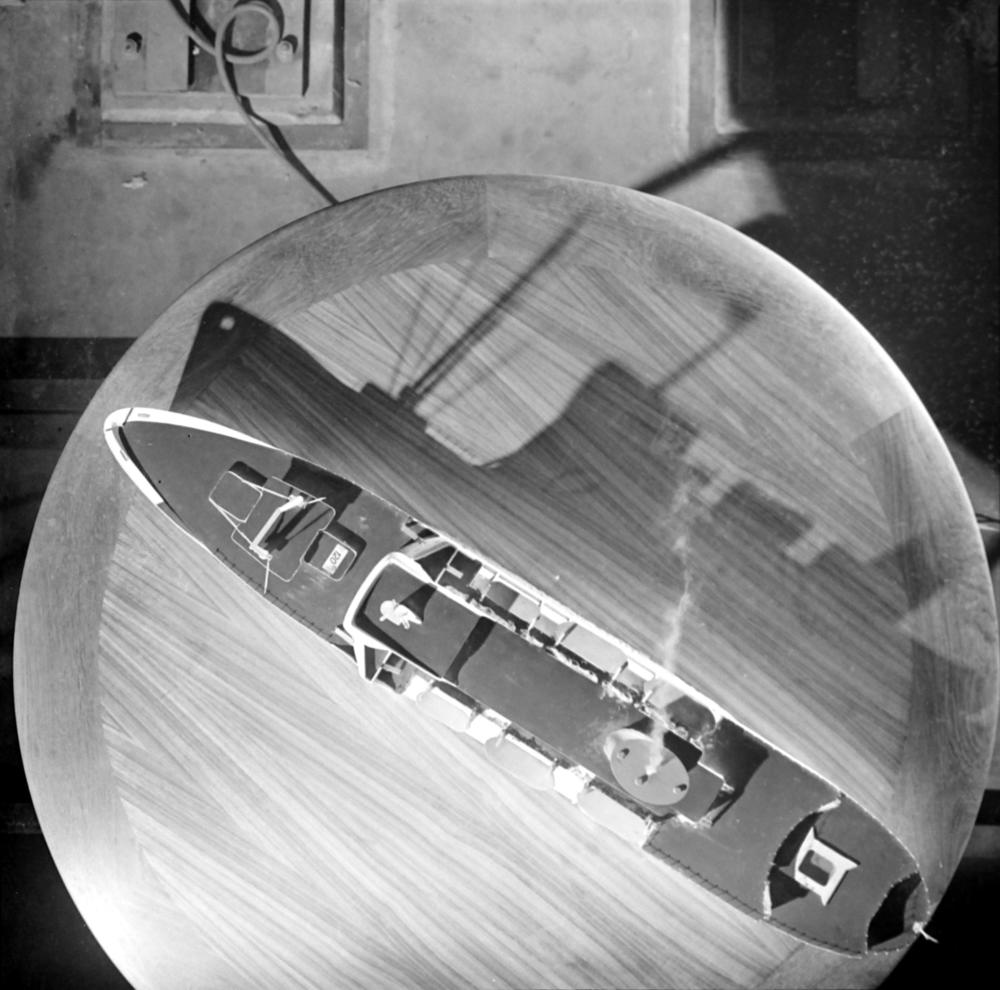 Smoke nuisance test on model of SS State of Bombay

The model of the SS State of Bombay was tested in the 1.5 m dia test-section of the closed-circuit, low-speed wind tunnel (not seen in photograph), in the Department of Applied Mechanics, IIT Madras. In the album titled ‘Achievements and Aspirations’ published by IIT Madras in January 1976, it is mentioned that the “tunnel is capable of a maximum speed of 60 m/s and is provided with a semi-automatic six-component balance.”

The smoke nuisance test was conducted on models of ships in order to find ways to prevent exhaust smoke which was discharged through the funnel, from coming back down onto the ship which could cause inconveniences to passengers. An article notes that the “classical high, narrow smokestacks” did not cause any smoke trouble, while the modern “short, bulky, streamlined funnels” caused smoke nuisance on ships.

Collection:
Gourishankar Collection
Album Name:
Study Of Smoke Pattern in wind Dr. N Klein
Photograph ID:
001/0321/IMG_0589
Album ID:
0321
Place:
Fluid Mechanics Laboratory
Photographer:
C. Gourishankar (1936-2002). A geologist by qualification, Gourishankar started his career as a photographer after working for many years with the Geological Survey of India. In everything that he did, Gourishankar strove to achieve flawlessness and impeccable quality. Thus his photography too was characterised by this drive for perfection. Every photograph that Gourishankar took was meticulously planned and shot and printed with diligence and patience. Gourishankar carried out most of the official photography at IIT Madras in the 1960s.
Share: