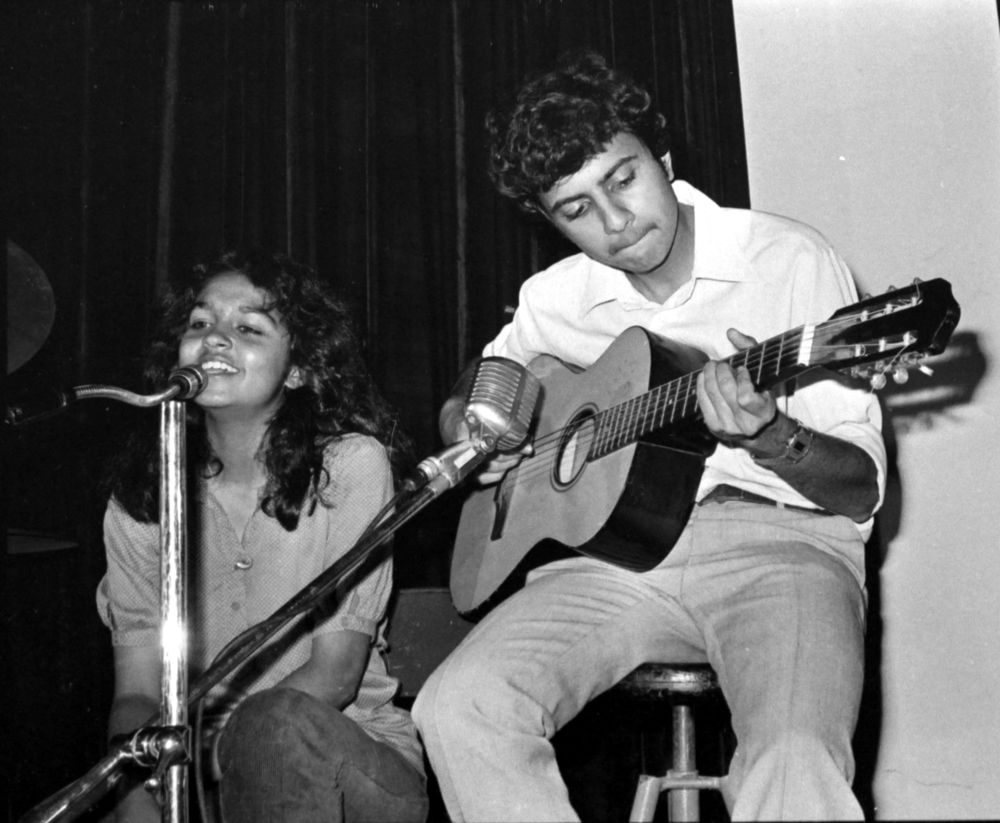 Students performing in a music event during Mardi Gras ‘83

A moment from one of the events associated with music during the cultural festival (1983) is captured through this photograph. During the Western Solo event at Mardi Gras, participants were provided with an acoustic guitar, an electric guitar, an accordion, an electric organ and a drum set. For the western group event, participants were provided a ‘Tama’ drum set, Fender and Ibanez guitars and basses, keyboards and pedals for special effects.

The Western Music Group event was preceded by ‘camera auditions’, in which the best five groups were chosen for the finals. The auditions were a fairly informal affair that included a 15 minute playing time per team.

Collection:
N S Vinodh Collection
Album Name:
Mardi Gras 1983
Photograph ID:
001/0416/0012
Album ID:
0416
Date:
26 to 30 January 1983
Event:
Mardi Gras
Photographer:
N S Vinodh. After completing an early education in Bangalore, N. S. Vinodh obtained his B. Tech. in Civil Engineering from IIT Madras in 1986. Being the secretary of the Photography Club at IIT Madras during his third year, he was an avid photography enthusiast. He then went on to complete his MBA from IIM, Lucknow, and later spent his career holding senior positions in the field of Corporate Real Estate with leading multinational financial services companies. He continued to pursue his hobby of photography, integrating it with his love of travel and wildlife.
Place:
Central Lecture Theatre
Share: