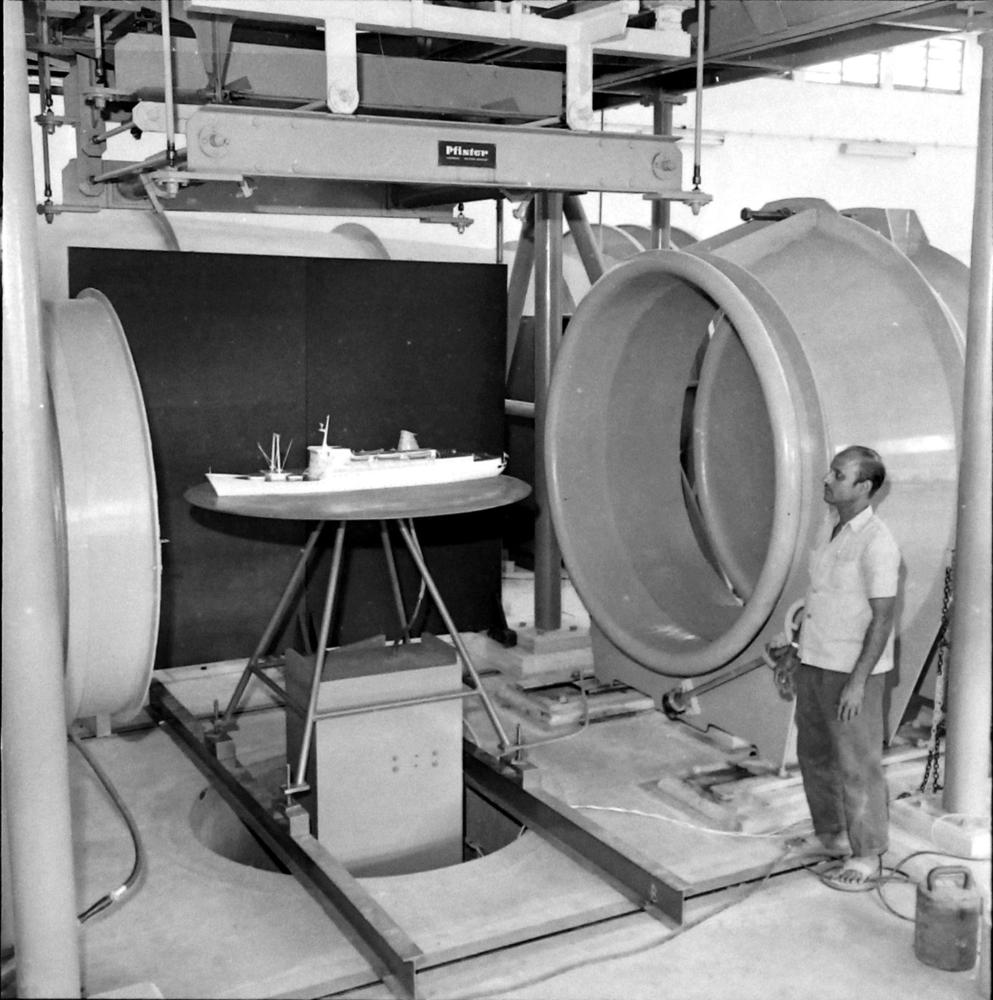 The wind tunnel and a model of the State of Bombay

The model of the SS State of Bombay was tested in the 1.5 m dia test-section of the closed-circuit, low-speed wind tunnel, in the Department of Applied Mechanics, IIT Madras. The platform placed above the tunnel supported the electro-mechanical equipment that was  used in the tests. Interestingly, these wind tunnels could be much smaller (table top sized) or much larger (large enough to test a full sized car in).

In the album titled ‘Achievements and Aspirations’ published by IIT Madras in January 1976, it is mentioned that the “tunnel is capable of a maximum speed of 60 m/s and is provided with a semi-automatic six-component balance.” According to a retired professor from the Department of Applied Mechanics, the wind tunnel was a Göttingen-type wind tunnel and the six component balance was provided to measure all the “three components of forces and movements.”

Collection:
Gourishankar Collection
Album Name:
Study Of Smoke Pattern in Wind Tunnel
Photograph ID:
001/0321/IMG_0838
Album ID:
0321
Place:
Fluid Mechanics Laboratory
Photographer:
C. Gourishankar (1936-2002). A geologist by qualification, Gourishankar started his career as a photographer after working for many years with the Geological Survey of India. In everything that he did, Gourishankar strove to achieve flawlessness and impeccable quality. Thus his photography too was characterised by this drive for perfection. Every photograph that Gourishankar took was meticulously planned and shot and printed with diligence and patience. Gourishankar carried out most of the official photography at IIT Madras in the 1960s.
Share: